Hiya, today I am making a project using the wonderful Snow Globe Die sent to me by Tattered Lace. The video post is going to take a look at the basics of how to make a Snow Globe but also complete an actual Snow Globe project in the process. 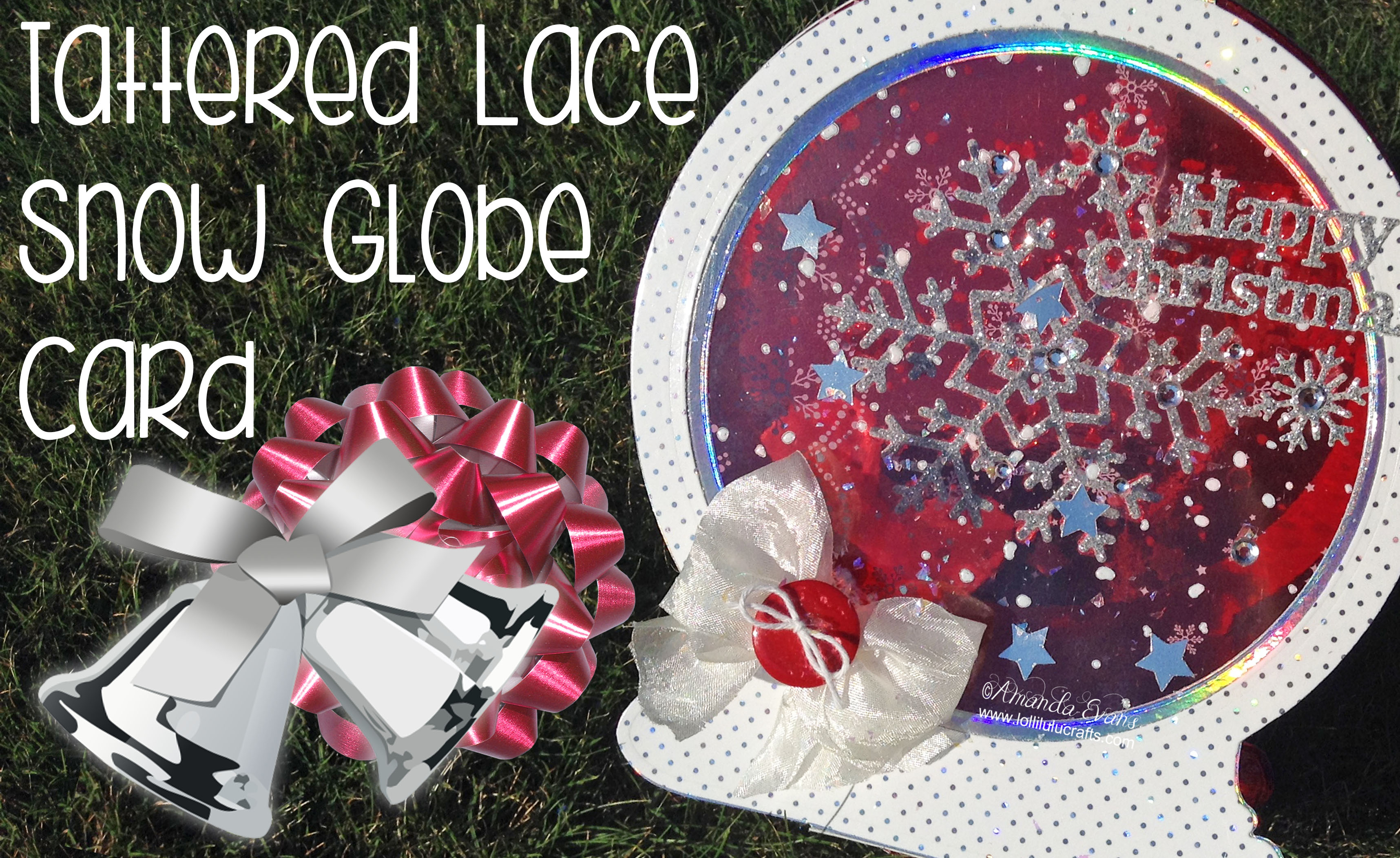 In my video I will explain how to put together the basic Snow Globe card although for my card I’m actually going to mat and layer my Snow Globe so you’ll get to see how to do just a little bit more with yours if you want to. I know with dies like this it can seem a little difficult sometimes to make them stay standing upright, so in the video I will chat a little on how you can actually make it work, it really is quite easy 🙂

So hope you found the video useful and that you can see just how easy it really is to make this snow globe work but as promised here is the step by step: –

However I understand that some people may have had issues with trying to get the snow globe to stand, and as you saw mine did stand fine, This is totally down to making sure that the balance and counter balance is equal. You  don’t need to get massively scientific about it, just see what makes sense. If you add a lot to the front and not the back then it will topple over and vice versa. To be honest if was me and I wanted to do much more than I did today I think I would add it say to a easel card. Using a easel card would not lose the beauty of the snow globe as you could still keep the shape but it would give it some security of balance. The other thing you could do is cut an extra snow globe for the back and into that piece at the bottom cut a little tab. Again that then gives your snow globe something to lean on. Anyway I hope that has helped and now just before I go here are, of course, the photos of the finished card. I hope that helps.

So that is it for today but if you have any questions you know where I am so just ask away, I am always happy to help, but for now hugs and have a great craft day,