Hiya, today I have a card that I made quite a few years ago, But at the time I didn’t really have the platform to share it with you on. But obviously now I’ve got my blog it’s perfect to give me an opportunity to share this real project of the card! 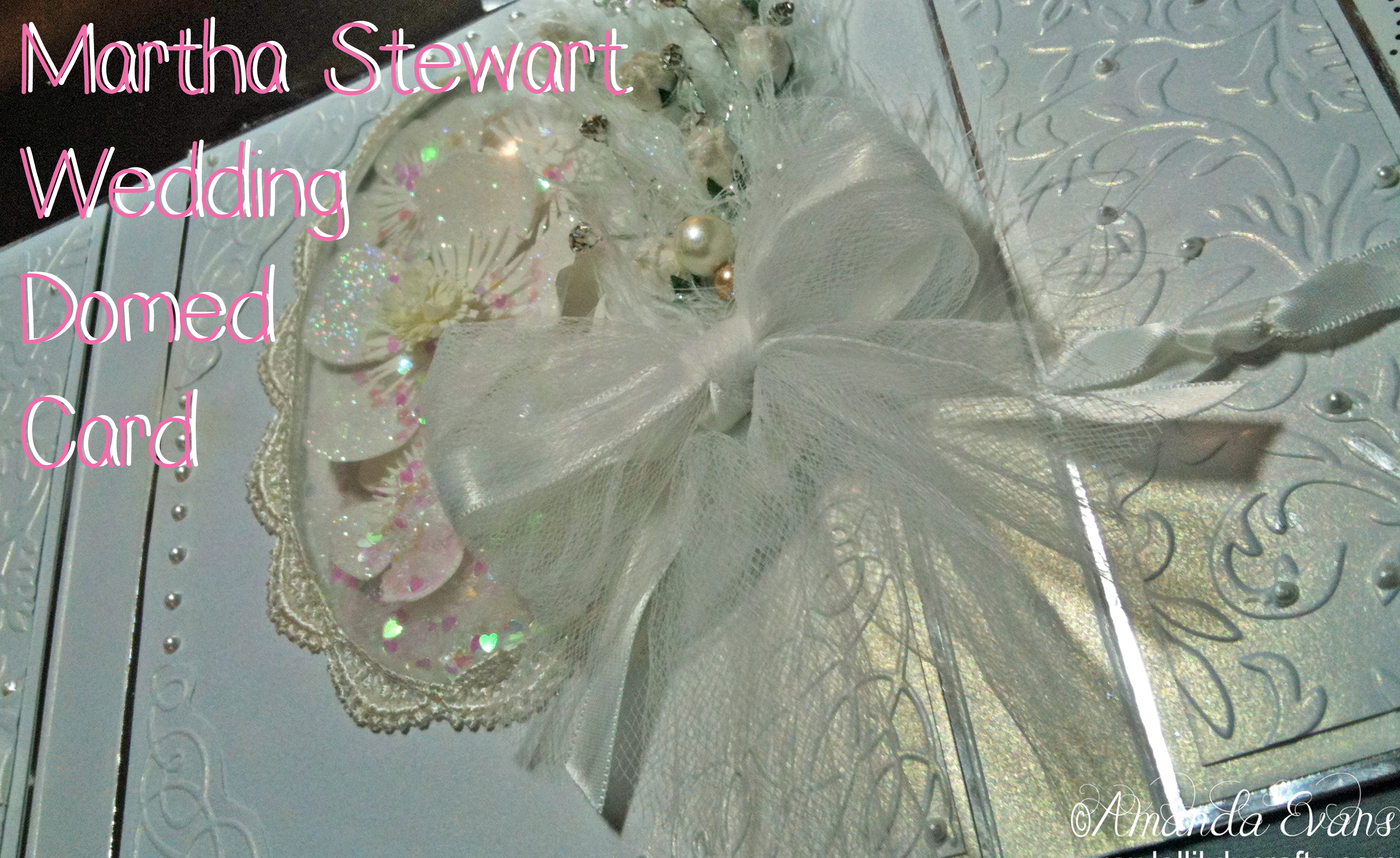 This card was one of the few cards that I actually made to send myself rather than commission, and it was for the wedding for a friend of mine and the family. Now I’m going to do my best to try and tell you what I did and how I made it but it was, as I said, a little while back now so please forgive me if I don’t remember every detail:-) The other thing is that at the time I made the card my camera was not as good as it is now so I have done my best with photo shop to try and bring the photos up to a reasonable standard for you. But enough chatter let’s get on with my Martha Stewart Domed Shaker Wedding Card

So this is essentially and A5 sized card which then got somewhat supercharged by being made into a gatefold, boxed, domed, shaker card! LOL!

I used A4 Crafters Companion Centura Pearl card for this card as it has a lovely pearlescent gold tone to it which works so well for the embossing.You can see from the photos that there are lots of embossed panels and layering on the outside and the inside.

I decided to make it into a boxed gatefold card and to make up for the shortfall at the front where the card didn’t meet because I had made it about 3/4″ deep I later added a silver mirri punched border.

For the dome I drew around the shape and the cut out an aperture. To help make that look a little neater I embossed some corners, cut them out and added them to the dome panel and added some trim all the way around. Obviously before you even put that dome panel down you would need to put the flowers in and your shaker element.

It was a pretty complicated card to make  but not difficult, just plodding away at each part and making sure to layer things in the right order. It is very easy to put something down and then realise that you should have added ribbon or whatever.

I really wanted the card to be so finished so I added a Ribbon tied around it to hold it closed and onto this I added some tags to that with the couples initials on them. I really like how it came out and I hope you like it too.  Anyway that is it for today, so hugs and have a great craft day,