Hiys, today I thought we would take a look at the cricut universal overlay that came out a few months ago now. I have been asked a few times to take a look at it, explain how it works and say what I think of it. So first off I will say that once I got how it worked, I realised how simple and easy it was and how simple and easy it made the whole cutting process. I have actually got a card video project for you that will go up tomorrow so you will be able to see it in action on there.

So what is a Universal Overlay (UO)? well it is the new(ish) overlay that cricut have now developed that can be used for all future cartridge releases. So what this means is you buy this one overlay for your cricut machine and it will be the overlay that you use on your cricut for all cartridges from now on. First off, that from now on all cartridges released do not come with their own overlay in the packaging. So if you are likely to buy any carts in the future you are going to have to get this UO. It also means that the new packaging for the cartridges is going to be a lot smaller as cricut have altered the way the handbook is as well to go along with the UO.

(don’t forget that you can click on the photos to get large, super-sized and slideshow of the images) 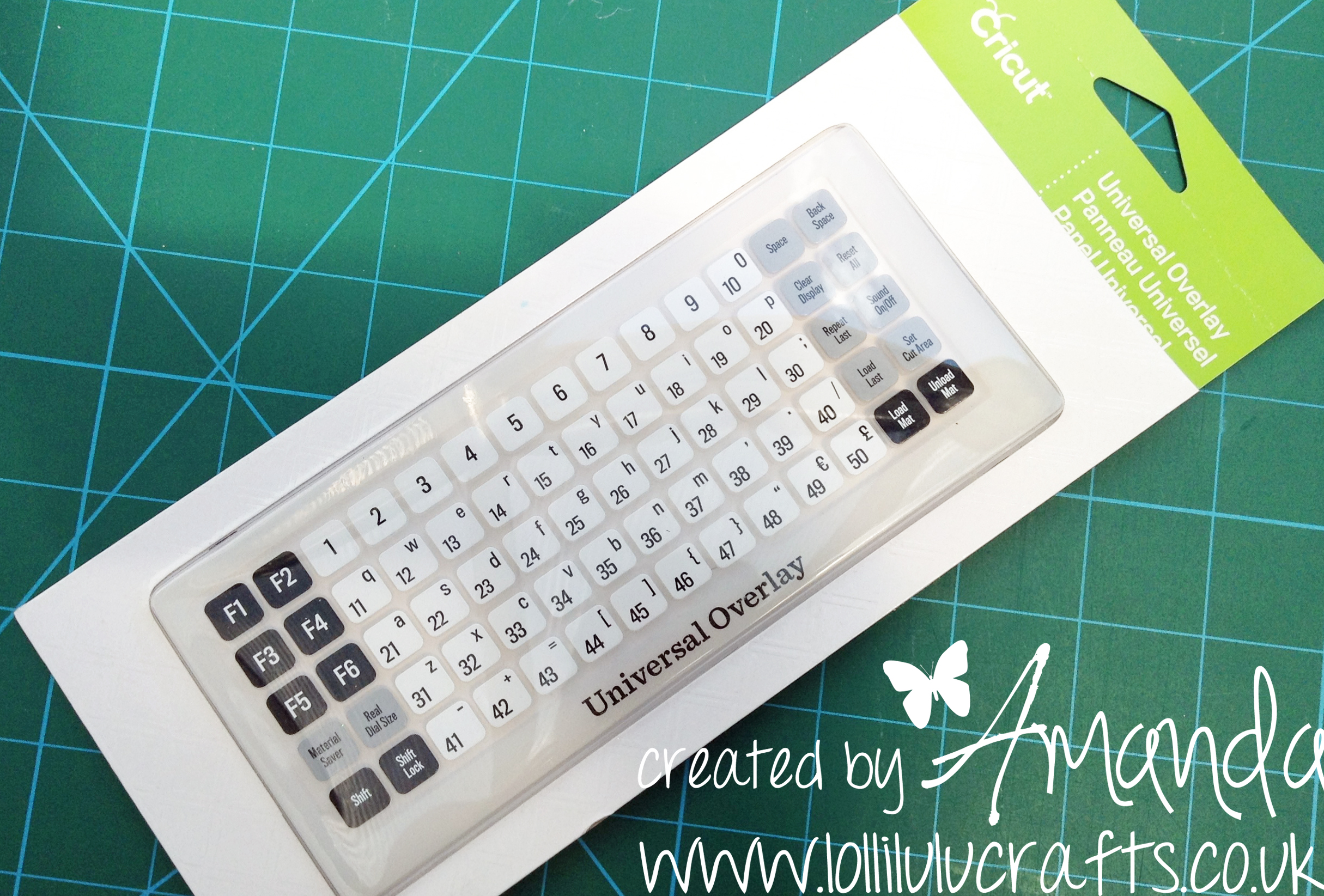 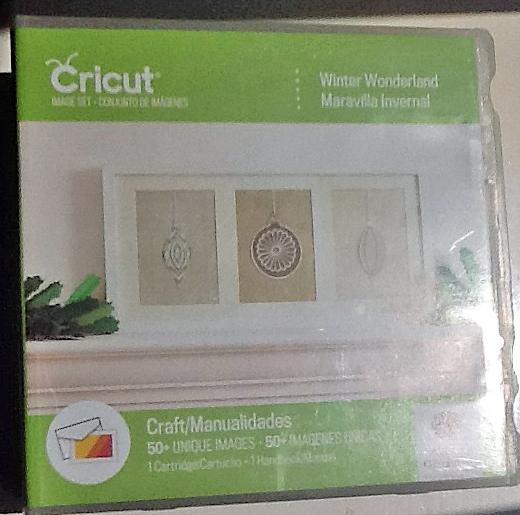 So how does it work? well instead of the overlay representing a specific cartridge and therefore having a little silhouette image on each key to represent the image that would be cut, it has each key numbered. This means that the UO can represent any cartridge because as long as we know what cut is what number we will be good. 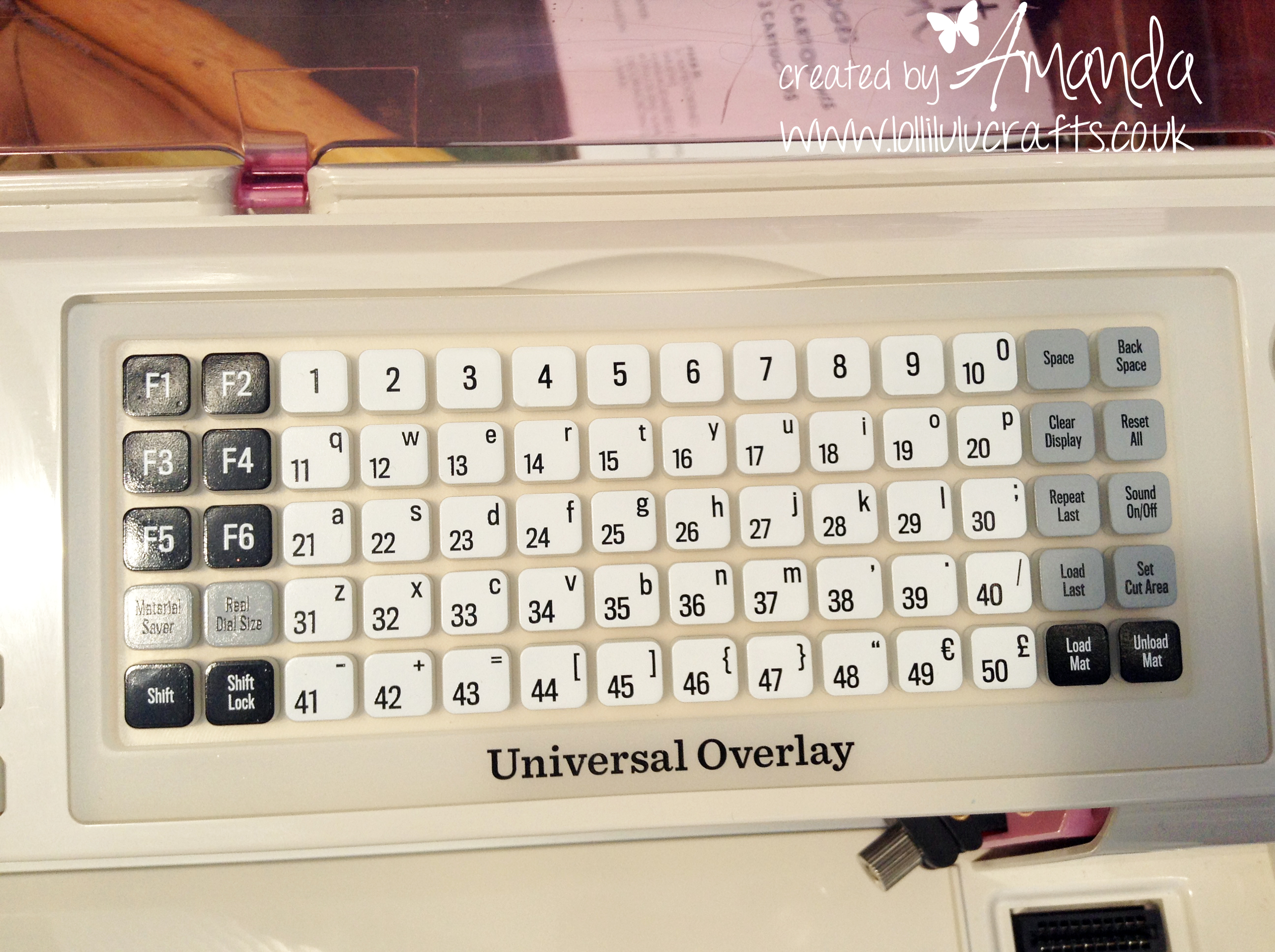 The cartridges that are coming in the future have a new style of booklet that clearly marks each cut with a number. But more than that it has a system where it shows the finished cut with all its layers and then tells you which number cuts you need to create that image. That to me is a definite improvement on the old system where you had to look hard at the picture in the book and try and work out which layers you needed to cut. With this system you cannot go wrong. 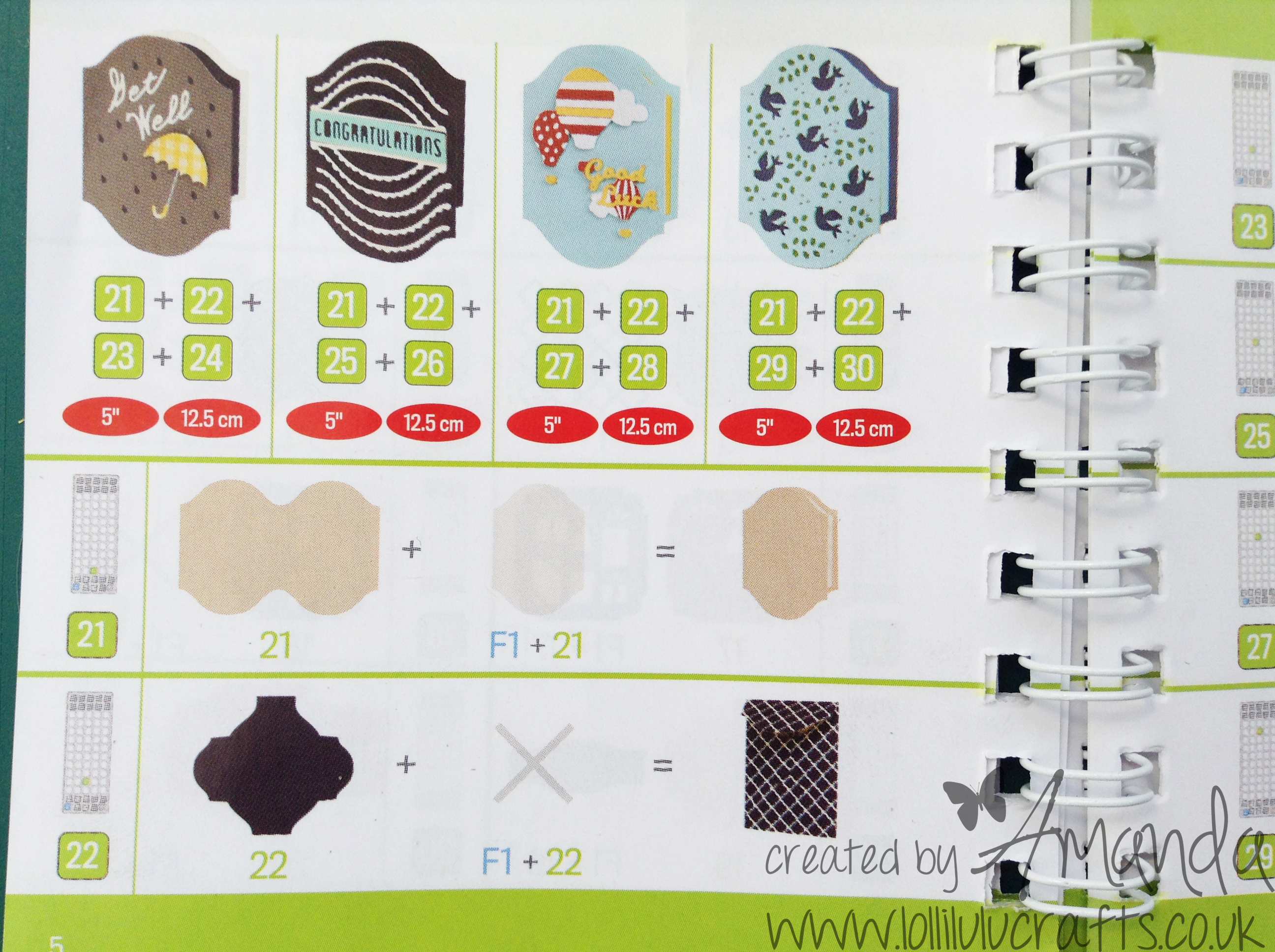 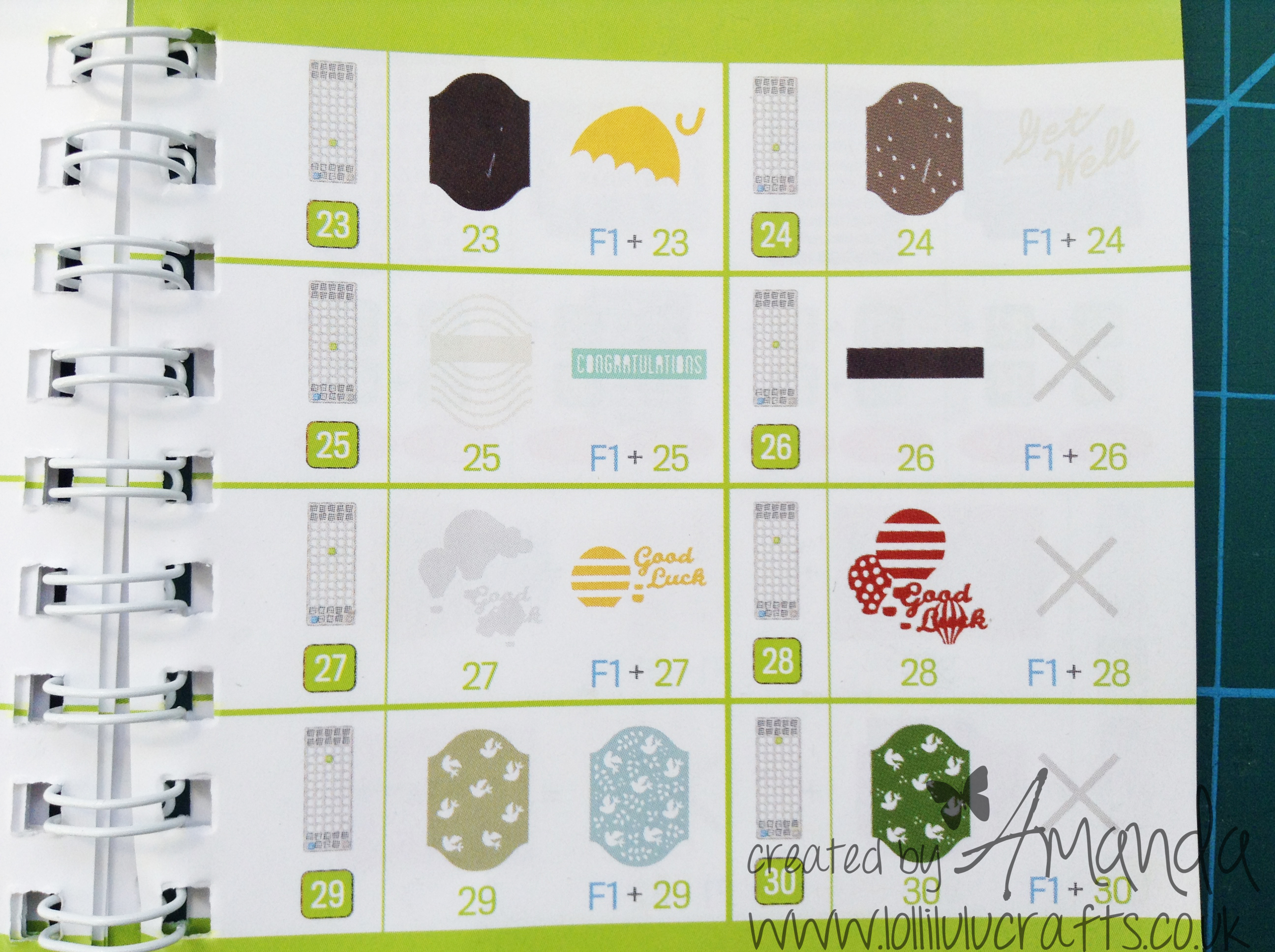 So I have to say I really like the new system and I think that with clever numbering of our old booklets we could probably make this work for them as well. Do come back for tomorrows post as that is a video which will show how in practical terms the UO will work. Have a great craft day,