Hiya, today I have for you a card that I made with my April Craft Box contents. I decided to go with the sea/nautical theme of the box and make my card into a Nautical themed Miss You Card. 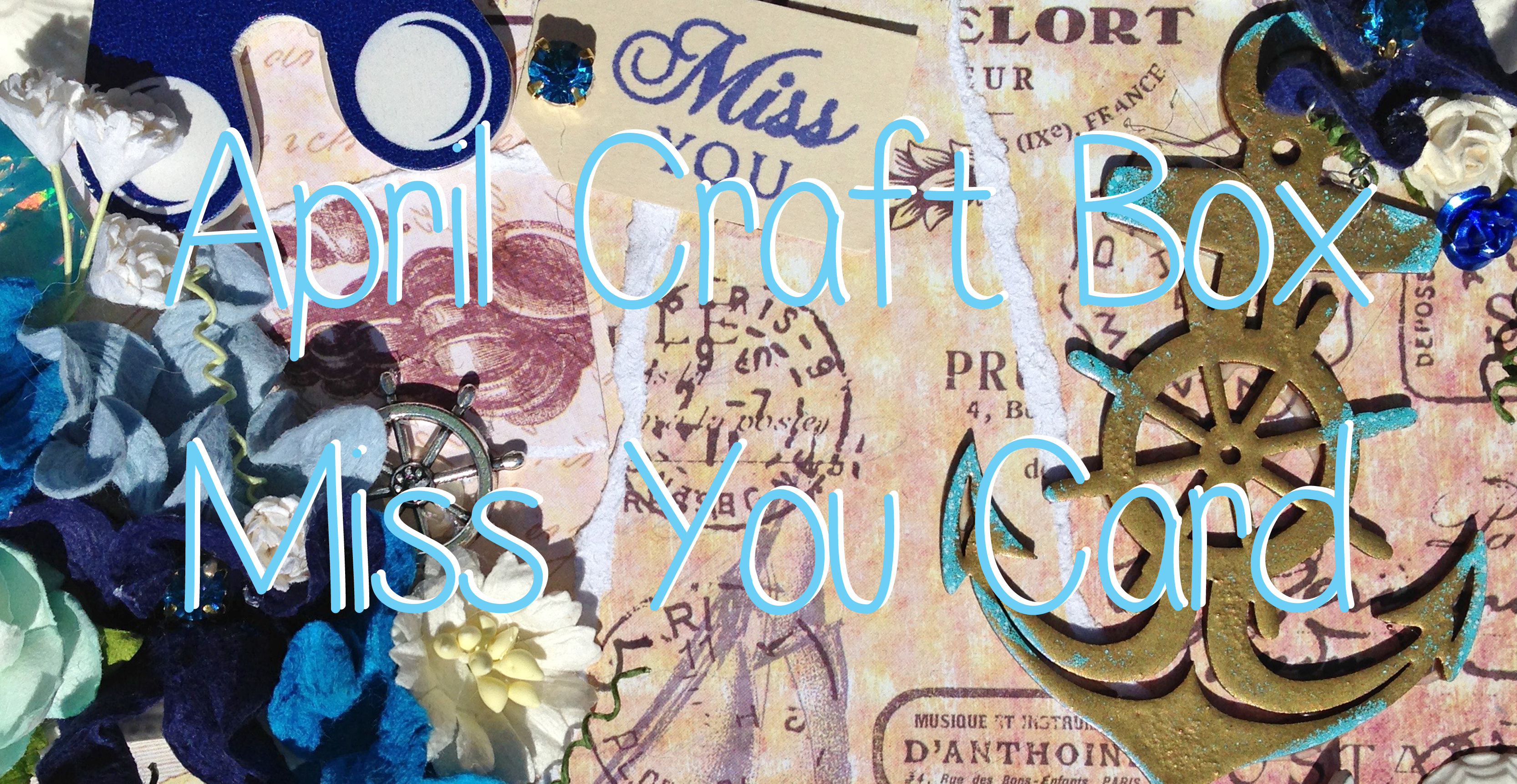 Now originally I had said that today I would be posting a video. But I decided that since this was the first Craft Box that I had ever had that I would like to make an extra project from it to share with you. I have to say the main project I made (video this Friday for definite) I used quite a lot of stuff from the box and yet I still had plenty to make this card and still have some stuff left over!

Anyway to todays card. I have done a little bit of a step by step for you with some photos so that what I write here will make a little more sense, then at the end as always, I have a whole heap of photos of the finished card. So when I started this card I literally had no idea what I was doing. I took the box and looked at what I had left and just started crafting. Sometimes it is really fun to craft in that unplanned random way.  Now the numbers of the written points below correspond with the numbers on the photos:

So that is how I made the card. As you can see I had absolutely no plan and it was so fun because I completely trusted that the elements from the box would work together and just went with my creative flow with no thought or planning. Very refreshing but also quite hard to do to start with and something you do need to practice in just letting go and trusting your instincts. I personally think a box like this is a great way to do something like this as you know that the elements are designed to go together although there is no set projects or cards in mind. So you can go completely with the flow. So here are the photos of my finished Craft Box April Nautical Miss You Card :-

So I hope you have enjoyed taking a look at this card and if you haven’t seen it already do go take a look at the unboxing of the Craft Box. Also do make sure you pop back this Friday for the video of the project that I made using this box. I think you will find it a bit different for me, but I hope you will like it. Anyway that is is for today, so hugs and have a great craft day,

So for now hugs and have a great craft day,