Hiya, today’s card is the first of two cards that I made because I wanted to go back to how probably most of us started off card making. I think probably without exception we all started with a piece of card and some stickers or peel off stickers and made our first attempts into the world of card making and crafting. I thought it would be fun to go backand make some cards using these different things that we was so fond of back then that probably barely use now.  So I rummaged through my stash and hunted down some stickers (you will see those used next week in the second of these two cards) and Peel off stickers on a Christmassy nature. I decided I wanted to keep this card really clean and simple. The candle peel off sticker had such a elegant look in the silver, almost like it had been stamped and embossed.

I first found some delicate light blue snowflake patterned paper, I believe it came from one of these free packs in a magazine. I stuck the sticker on to that and then carefully cut around the edge of the Candle shape.it was quite a fiddly carked especially around the wake of the candle definitely needed to be very careful there, I was very grateful for my small Martha Stewart scissors! I then put that to one side and started to create my cardbase. I took a white rescored hunky-dory 6 x 6 card blank and then layers onto that a piece of the blue snowflake paper at 1/4 inch down., So I cut that at 5 3/4 of an inch square which meant I had an eighth of an inch of white showing around the edge.next I cut a piece of white card stock at 5 1/4 inches which gave me a quarter inch each side of the lovely light blue snowflake paper.

NextI took another sheet of my pilaf stickers that had lots of Christmas borders, from that I found this really cute Holly leaf border design which I placed horizontally right across all layers of the card at about an inch and a half from the bottom of the card. I really liked how it went across all the layers Inc it gave a really nice affect and again it looks like you had in bossed with silver embossing powder.

Next I added my candle so that it appeared to be almost sitting on the holly border, almost like a shelf. I put this up just a little 3-D using my Pinflair glue gel.

I really liked how this was looking however I did feel a needed a sentiment so I added a another peel sticker just under the holly border on the left hand side in order to balance the look of the card.

Finally I decided it needed just one more thing – just a little bling! So I added a clear crystal gem in each of the corners of the top white card layer.

I have to say I was pleasantly surprised how much I liked the final result. I have stopped using peel off stickers years ago because I thought I didn’t like them.I guess it was how I was using them that I actually didn’t like. But we’ll have to go through that learning phase and those “mistakes” are what improve the standard of the projects that we make. After all the cards that I’ve made here using peel off stickers, the same stickers that I used all those years ago, is so much better and so much nicer, in my opinion, than what I did back then. But without making those initial cards using Peel off stickers and looking at them critically, but not negatively, is what has enabled me to move forward and improve on my card making. 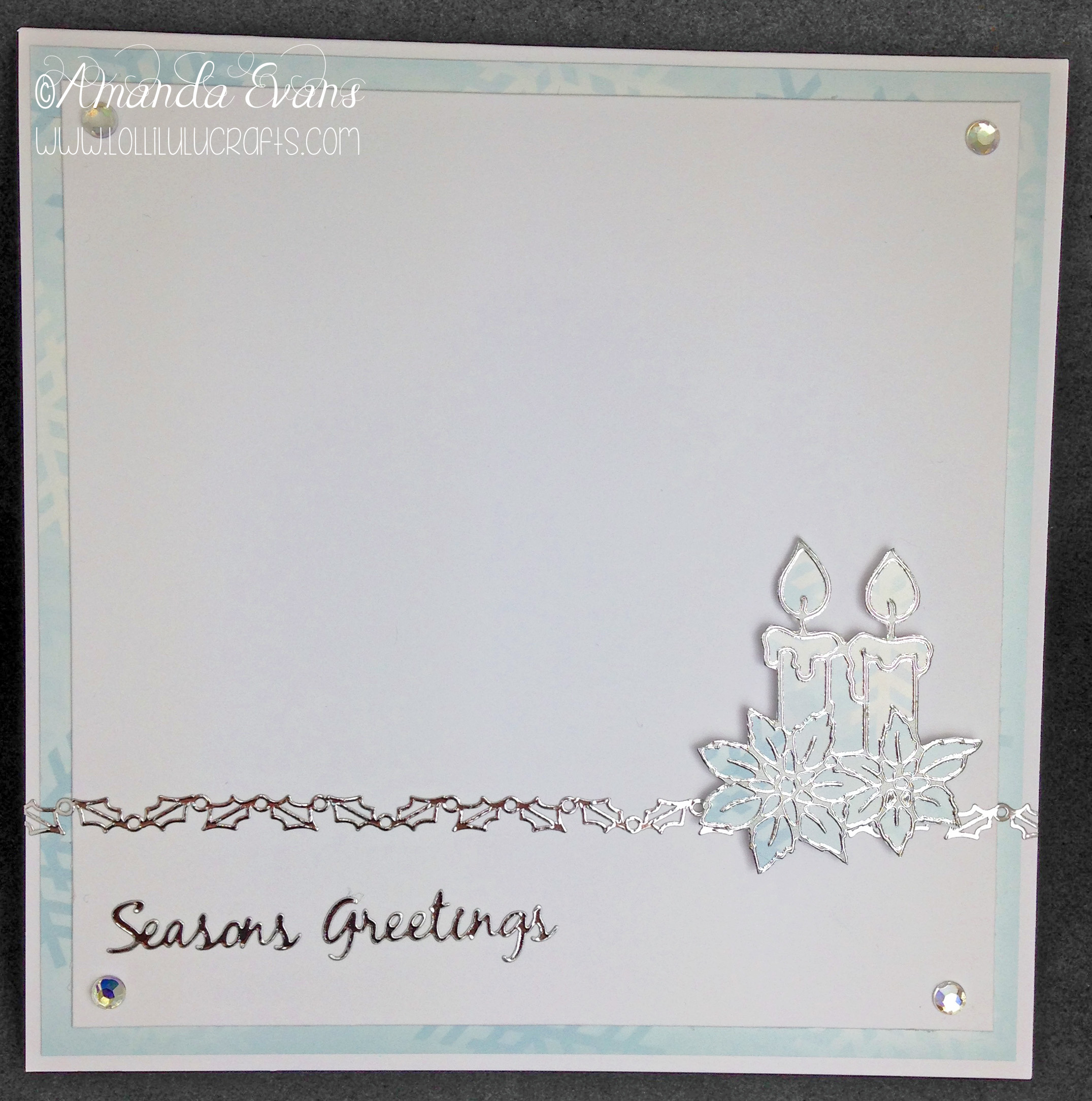 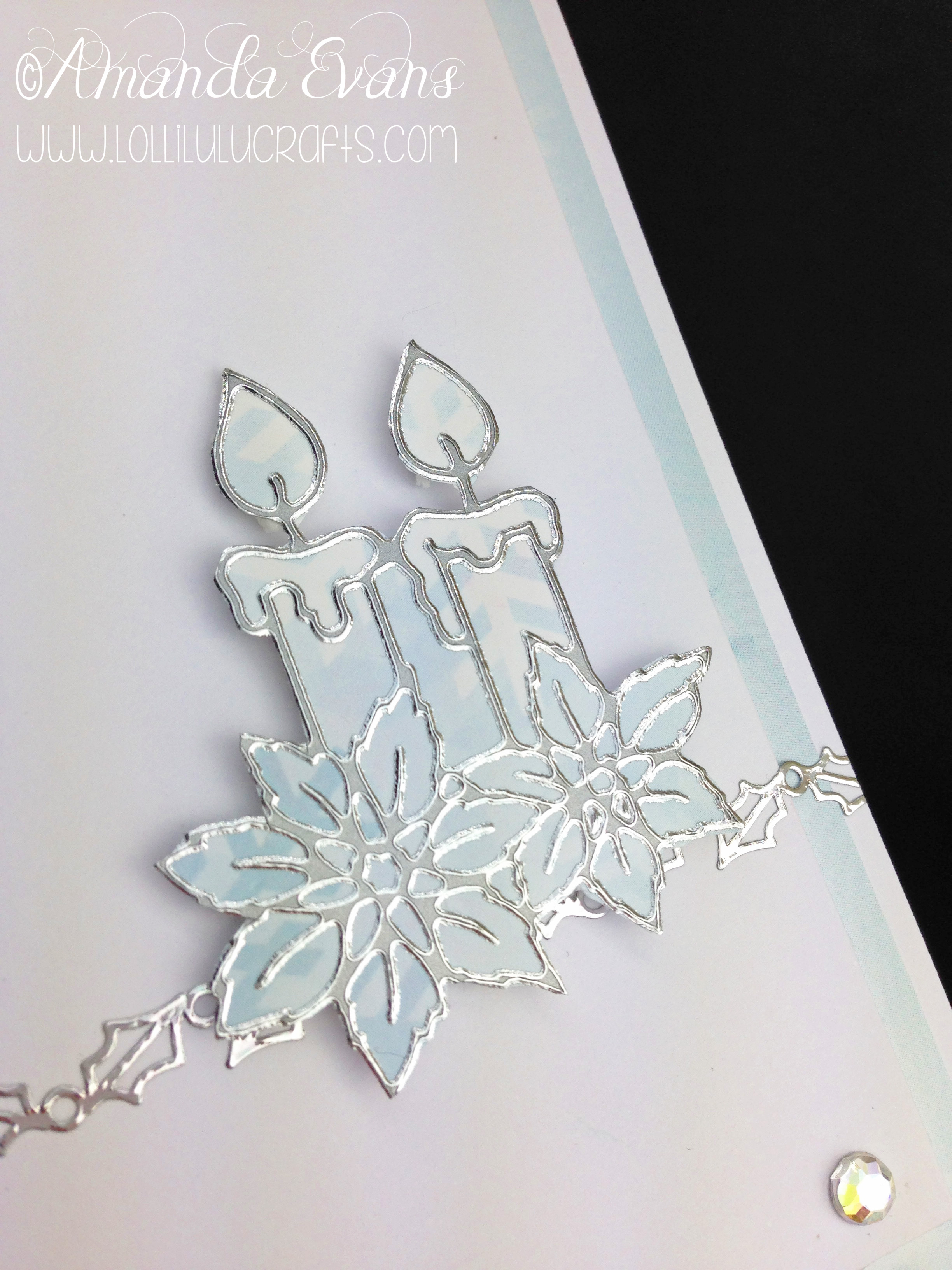 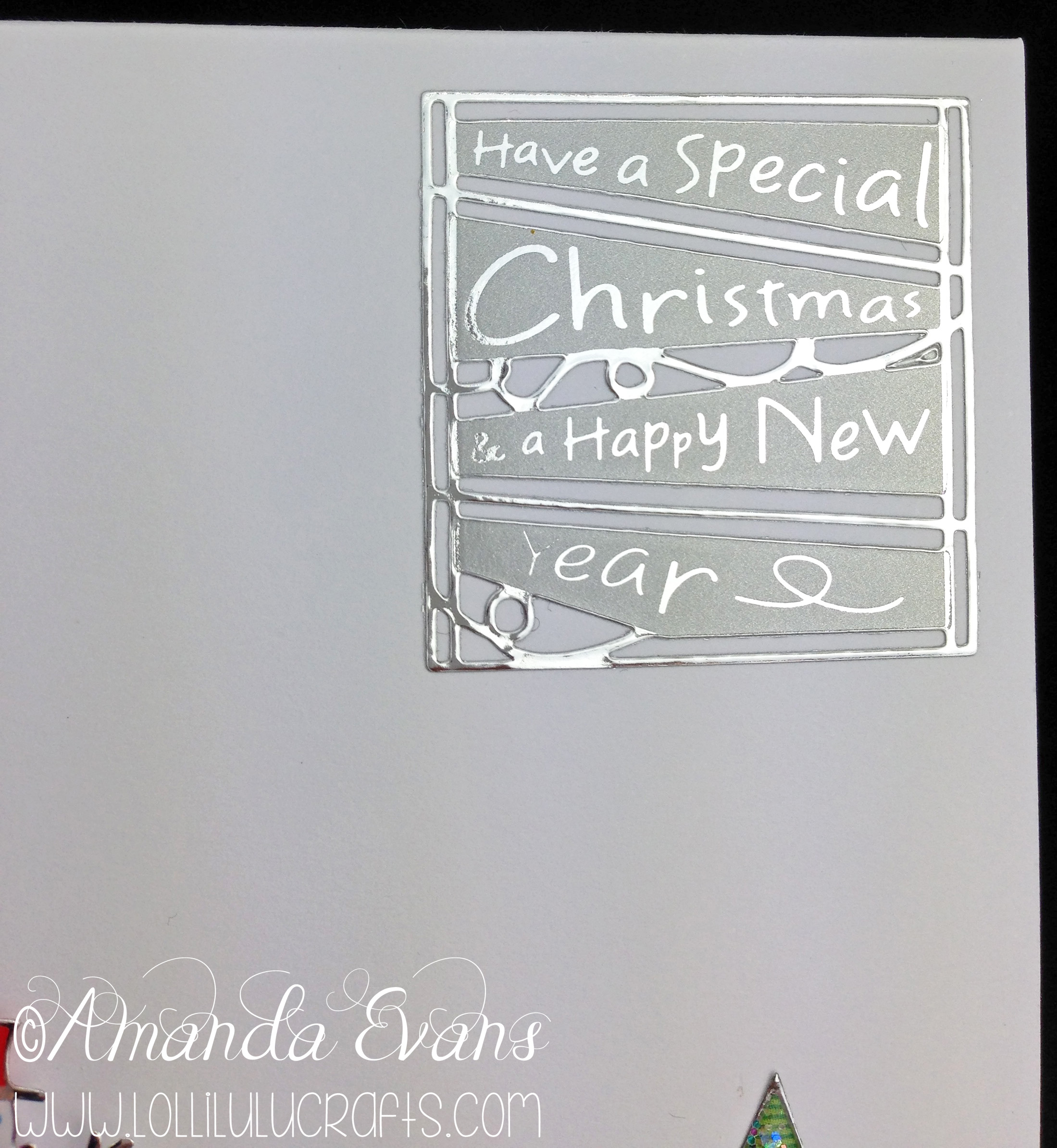 So I hope you liked this card as much as I did and I have the second one of these two back to the beginning type cards coming up for you next week. But for now hugs and have a great craft today,