Hi all, I thought I would share with you my charitable donation in honour of the soldiers, men and women all fighting in one way or another through World War 1.  It is a small token really but from the heart nonetheless. I was asked for something not too serious even though it was in honour of something very sober. That said, and obviously I speak from my position of a very patriotic British citizen, I think we have a lot to be proud of and our slogan of ‘Keep Calm and Carry On’ is one that is used, (and abused – in the nicest possible ways) all over the world. My personal favourite is ‘Keep Calm and Sparkle On’.  But back to that slogan, I having been watching a lot of the documentaries looking back at that time, and listening to the personal stories and it seems that our ‘stiff upper lip’ and quiet determination not to let anything ruffle our outer show of calmness was something that helped get the everyday man, woman and child through those terrible times. I was particularly amused by a story I heard by a now elderly man, but then a young boy (I assume that it was recorded some years back now) of the first day of the blitz, and how he and his mother just hid under the doorway of their home whilst the hundreds and hundreds of bombs rained relentlessly down on London, and as soon as the all clear was given, his mother just got up, dusted herself down and said completely calmly, ‘well son, we better go get the shopping before they start again, as otherwise we won’t have anything for our tea!” Now that is what I call the British spirit 🙂 Anyway to this card, as I said, I was asked to make this for a charitable auction – and I understand it raised quite a bit on its own, plus the winner’s recipient made a point of telephoning the organisers to ask her admiration to the maker of the card to be passed on. Which I thought was such a lovely thing of her to do. Anyway the image is from redonkadoodles, whose artwork I love, and the card stock was one random piece I had from Kanban. I have never seen anything like before or again so if anyone can help on that I would appreciate it. I coloured the image using my copics of course but Im afraid I do not have a list of the colours as I was actually colouring it ‘live’ as it were at the auction / fair.  So I hope you like it and if you do please share, and even more please please leave me a comment as I lurrrve comments. Like to know you are on here and that I am not talking to myself :-)) 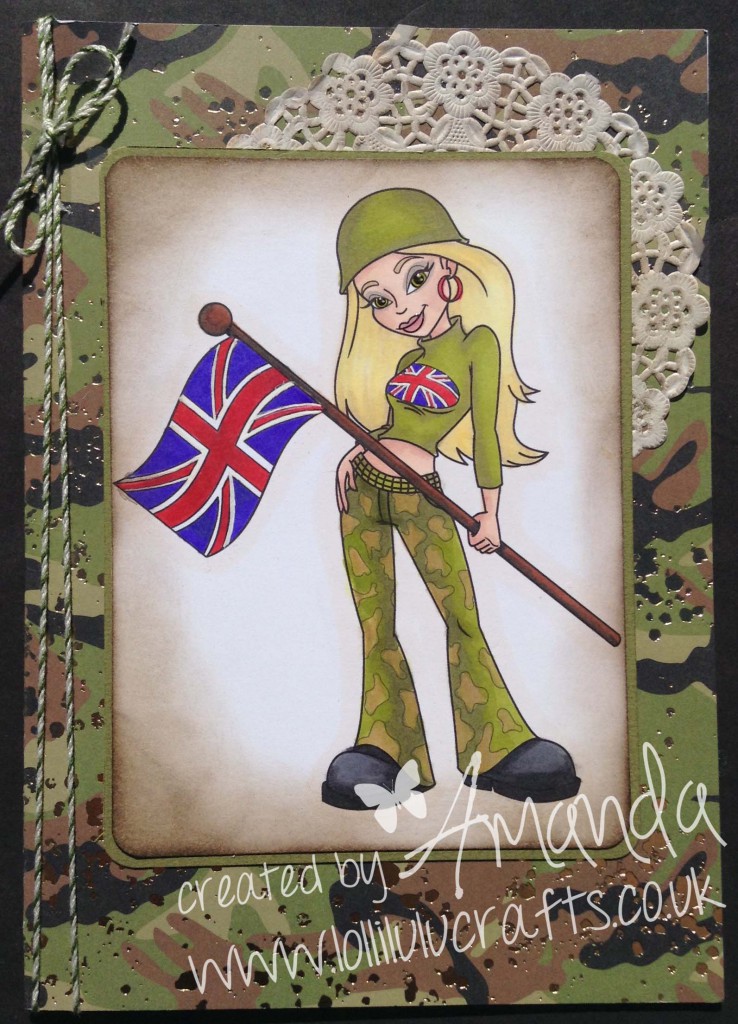 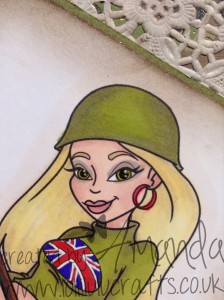 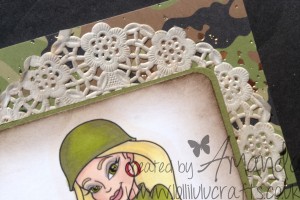 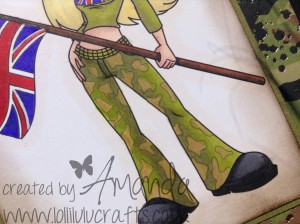 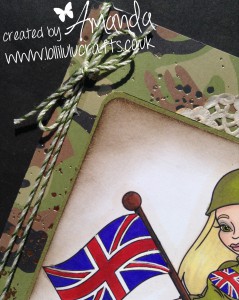 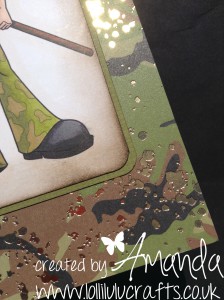 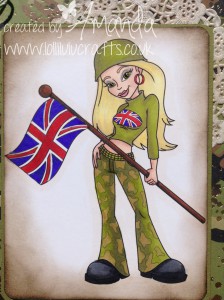 See you tomorrow for a video post, have a great craft day,

2 Comments on My WW1 Centenary Card