Hiya, today I have for you the first of two posts of spring cards. Today’s is floral themed and next time will be bird themed. So let’s get going looking at our selection of Spring Floral Cards .
The first card I made using a lovely spring yellow A6 pre-scored card base with matching envelope. I found a gorgeous tulip sticker to use as my focal point of the card. I wanted to go for a very clean and simple look so I simply matted and layered a white piece of card then a yellow patterned paper onto my card base with a 1/4 inch gap on the three sides for the white piece and then an 1/8 inch gap for the yellow patterned paper. On left side I left a big gap because as you can see I made a feature with pink embossed paper and a punched white scalloped edge. Then I added the sticker overlapping pink and yellow, as you can see, finally stamping a cute sentiment from pink by design stamps:- 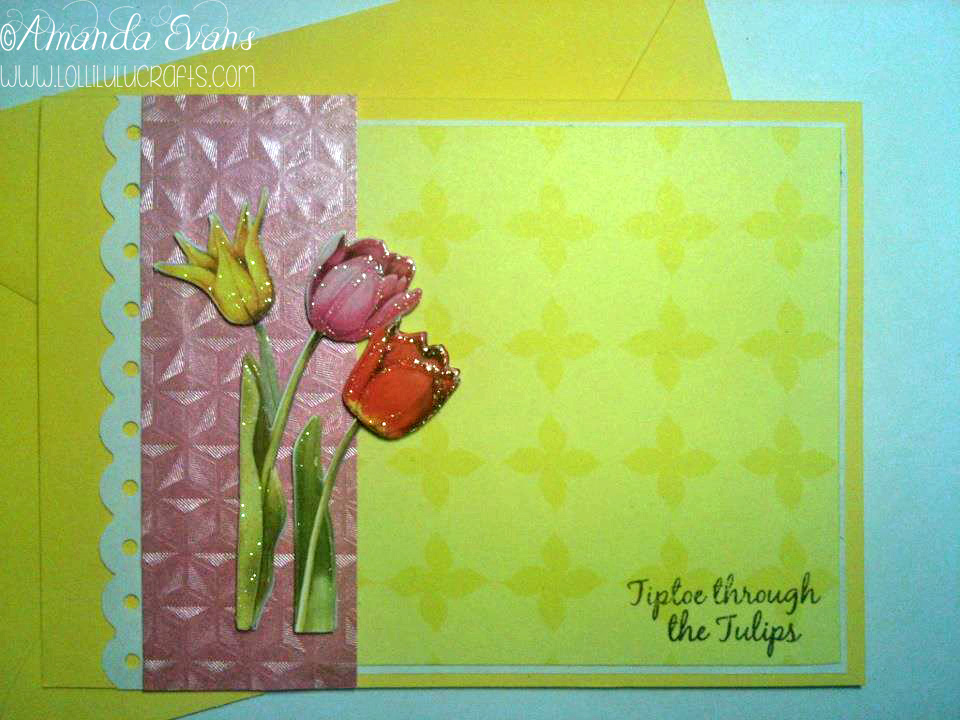 The next card I have got for you is a tiny 4″ pre-scored square scalloped edge card from Hunkydory.  As I do most often I put the fold of the card at the top and then I just added a Hunkydory topper, border and sentiment tag. Then as a final touch I added some flower gems to the sentiment:- 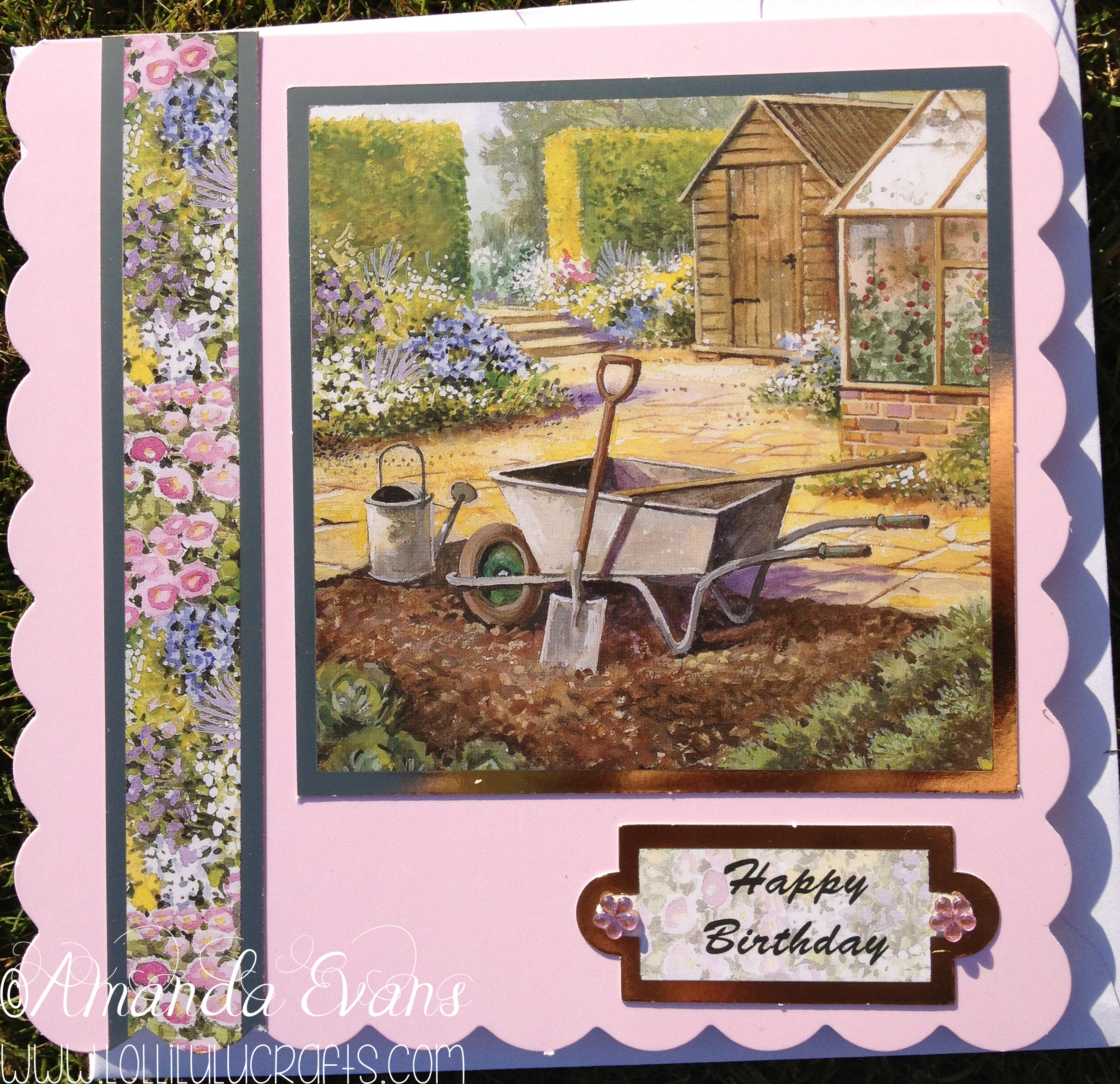 The next two cards are also from the Hunkydory stable. The first, I had a pre-scored coloured card from Hunkdory but this one I folded it with the colour on the inside. I then matted and layer yellow Adorable Scorable followed by the gorgeous floral pattern that matched the topper.  I didn’t like the white scallop edge though so I coloured it using a complementary pro-marker.  Next I added the border and the layers of the toppers, and a final touch was some lovely dew drop gems along the border. The second was made also on a pressured card base using the ‘scraps’ from the first card:- 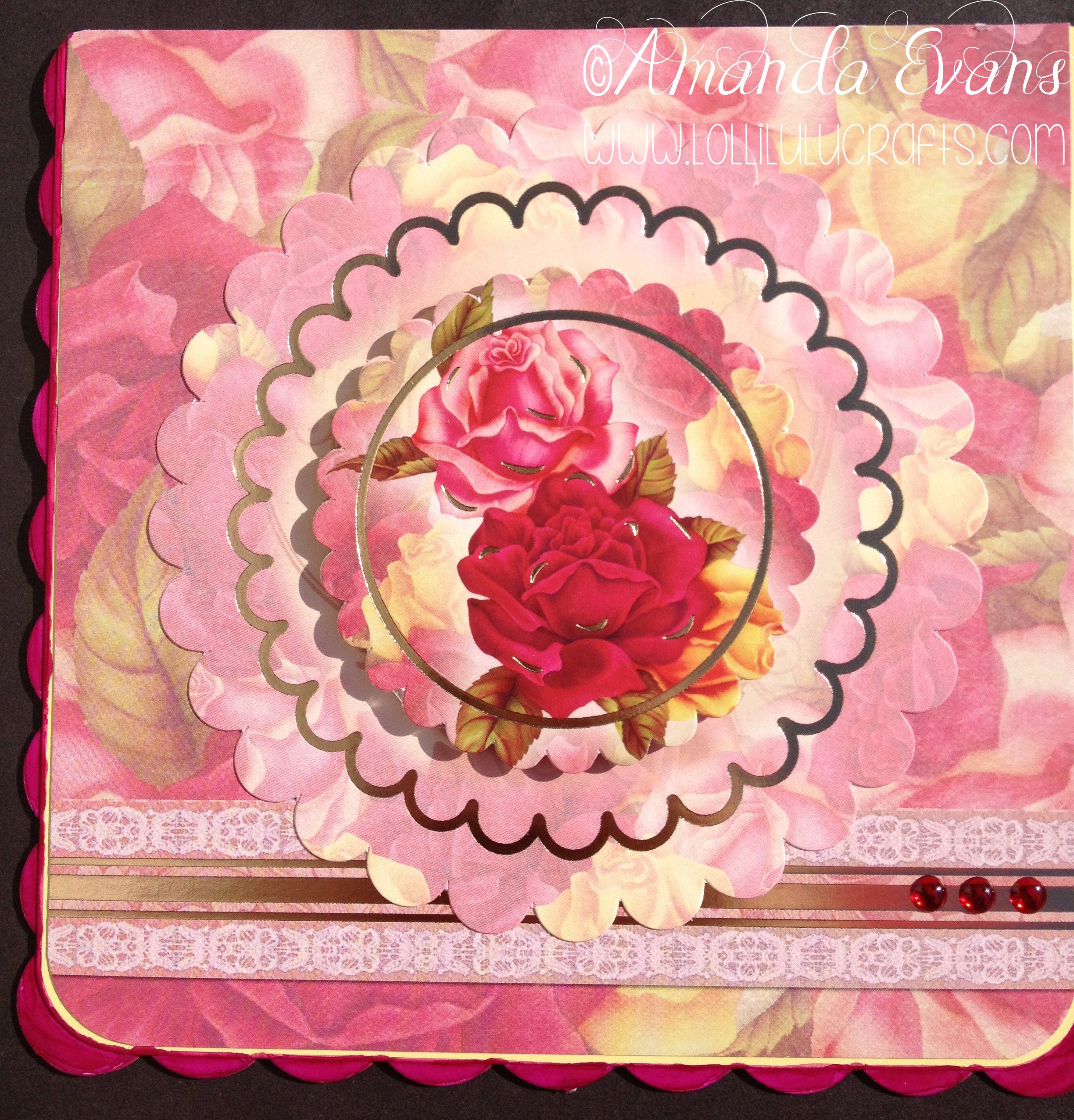 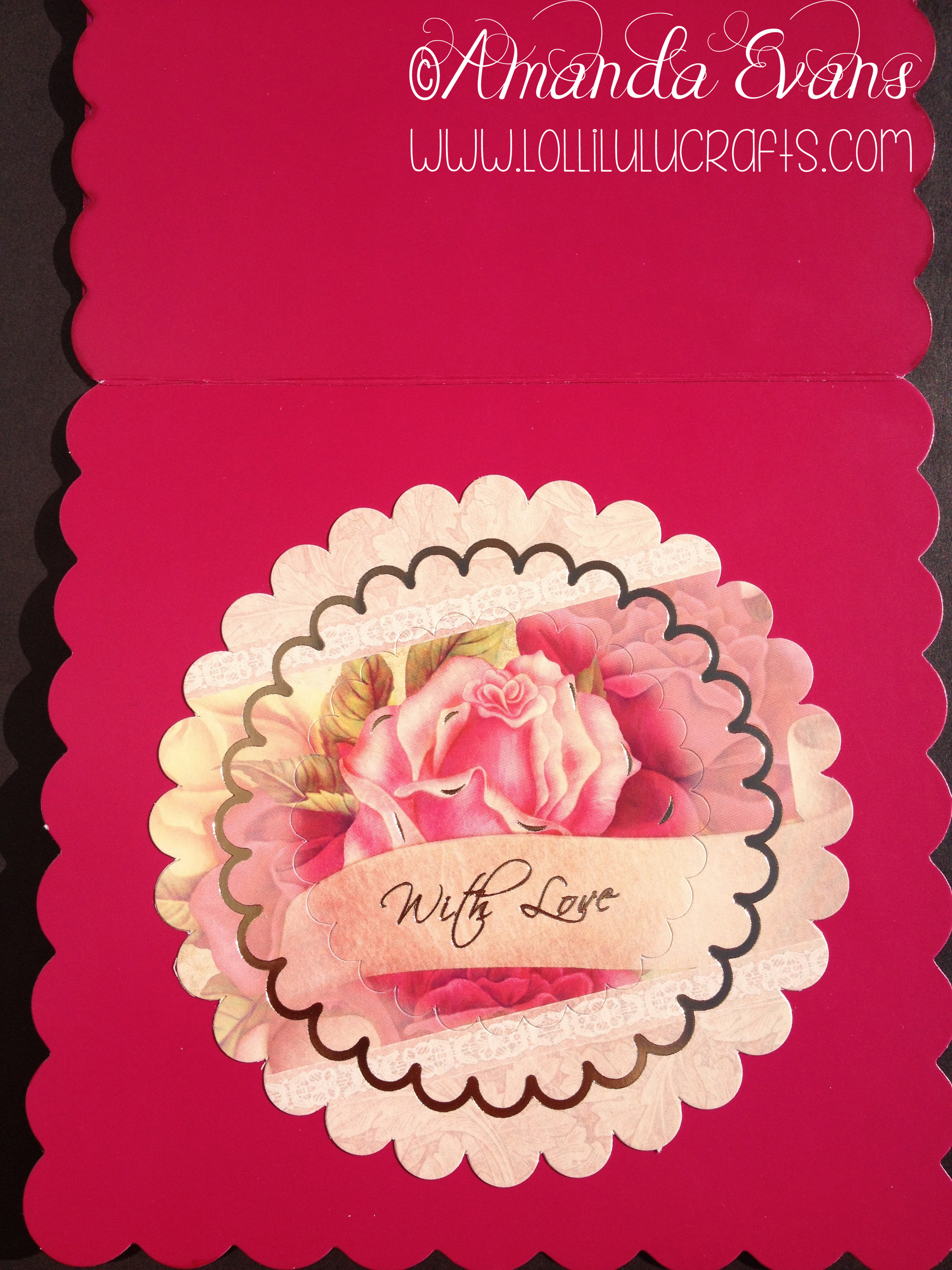 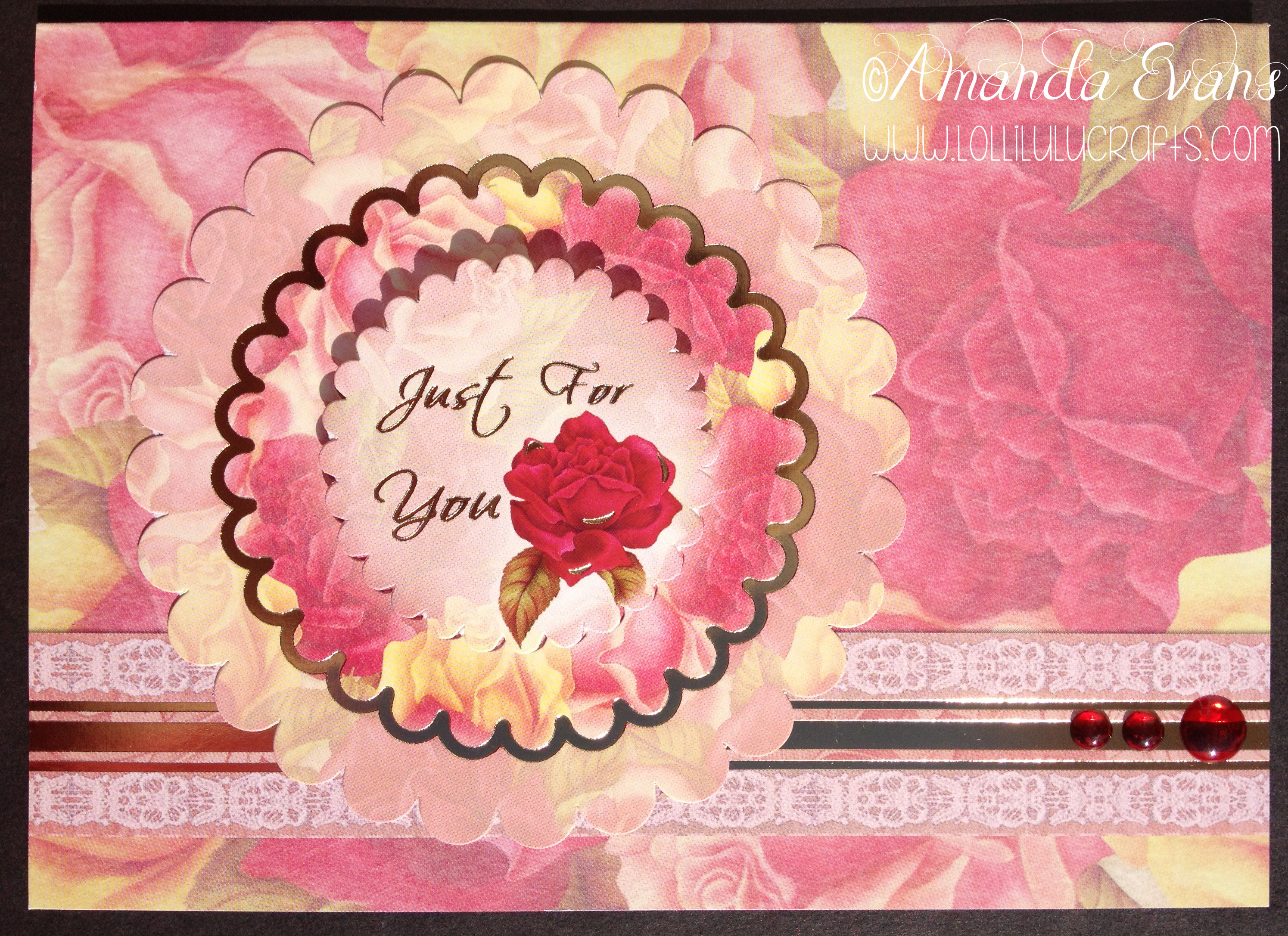 Next couple of cards were made from the same sheets from Hunkydory and as you can see  I managed to get quite a few from just a couple of sheets:- 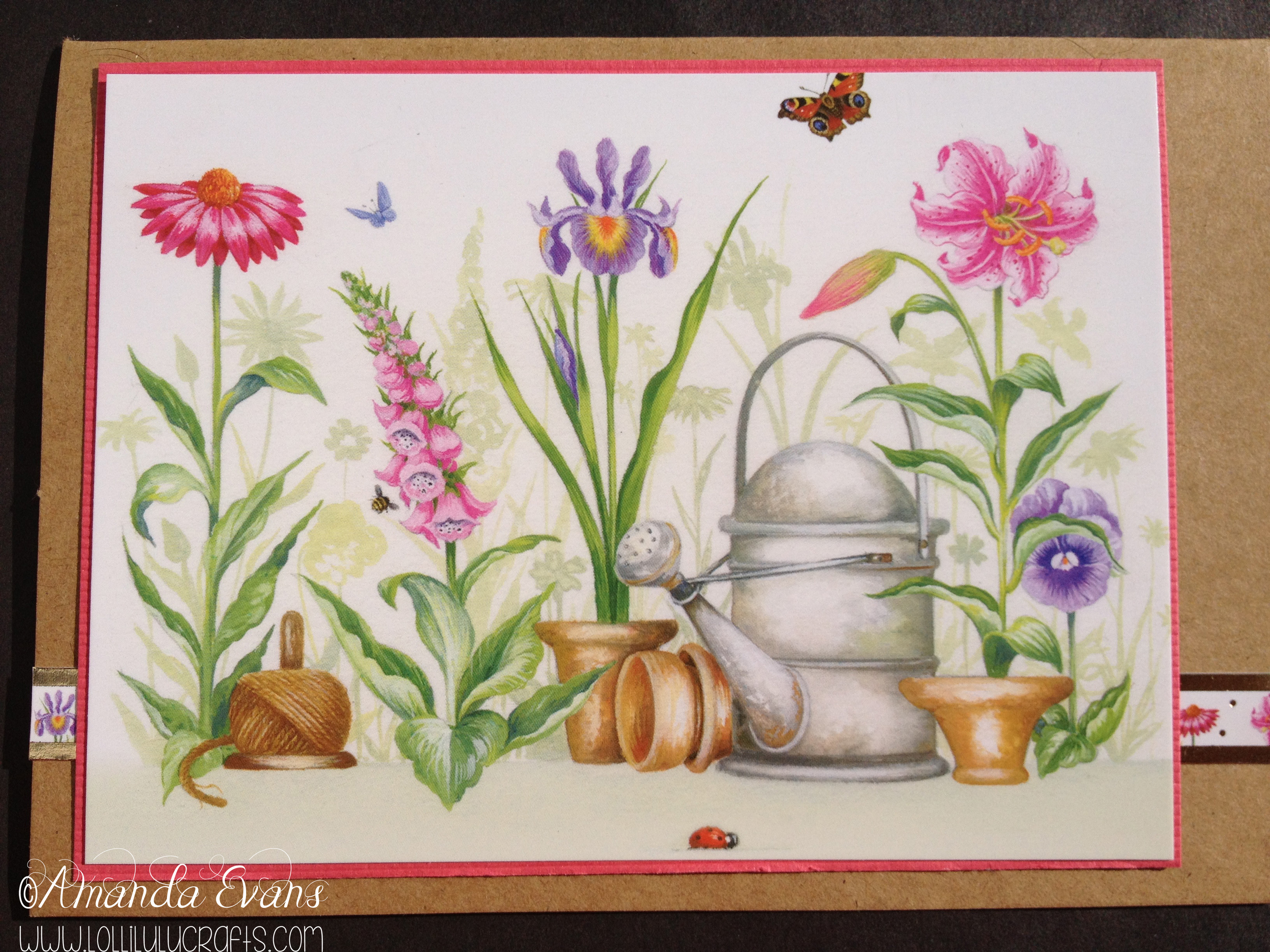 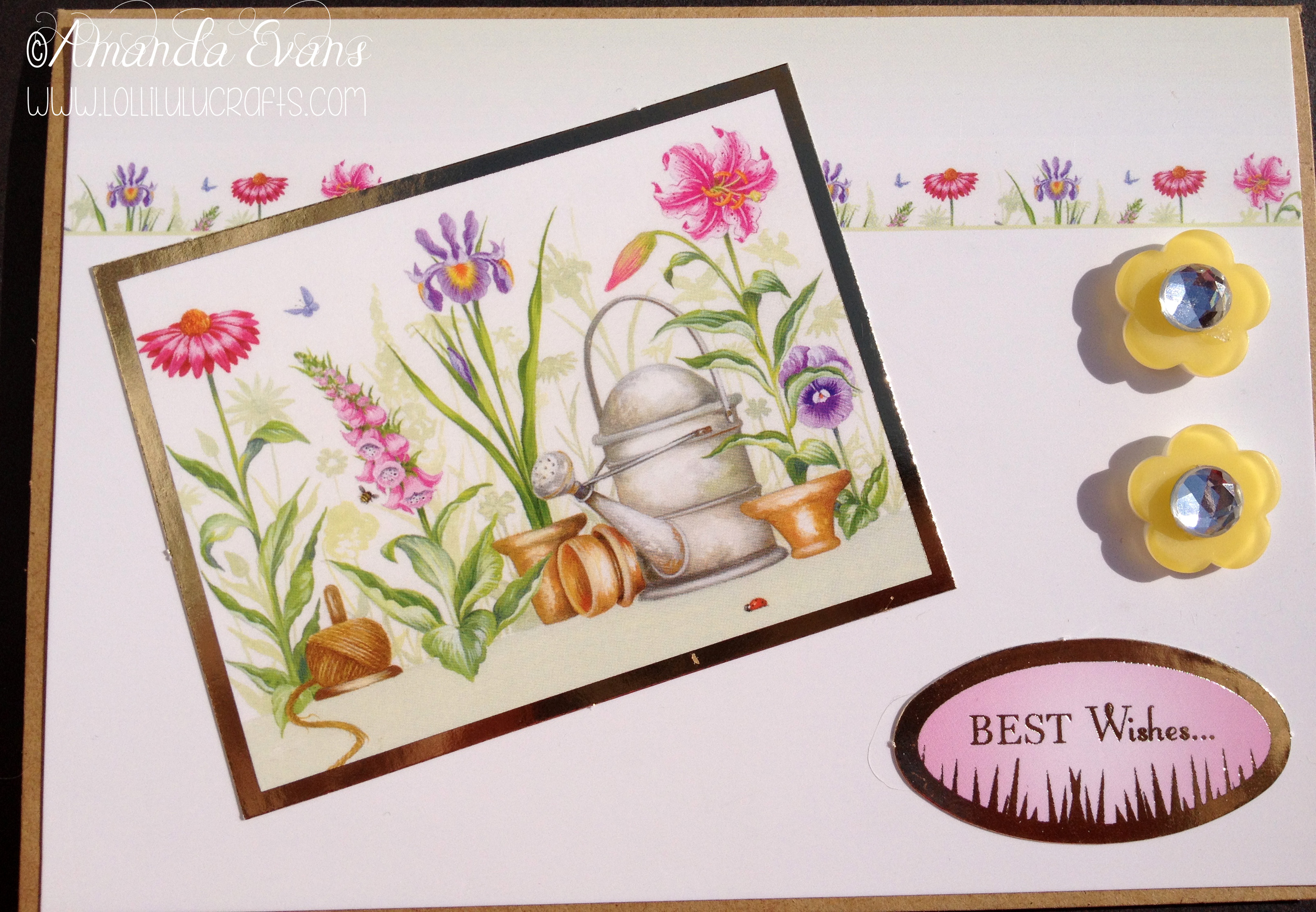 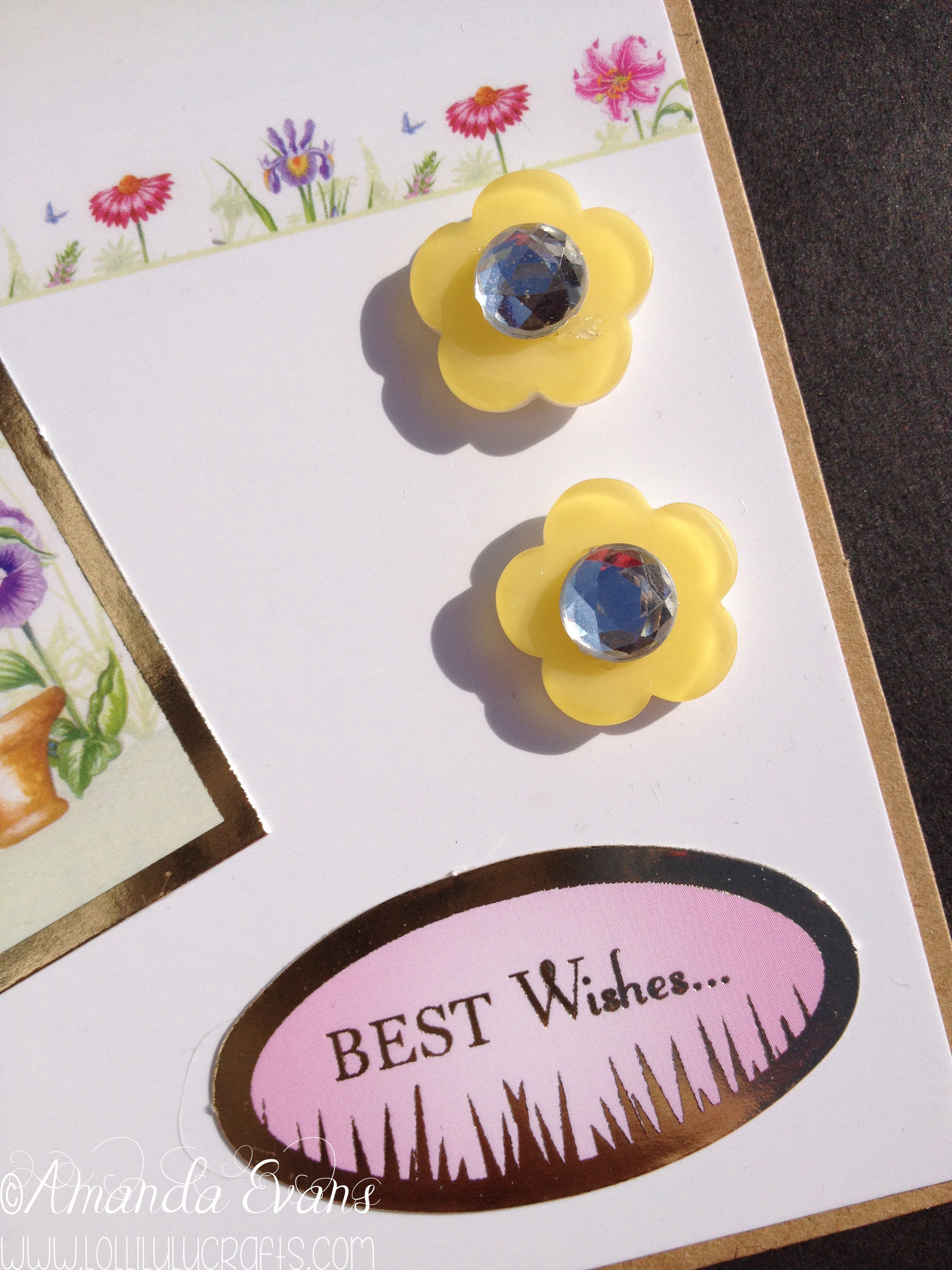 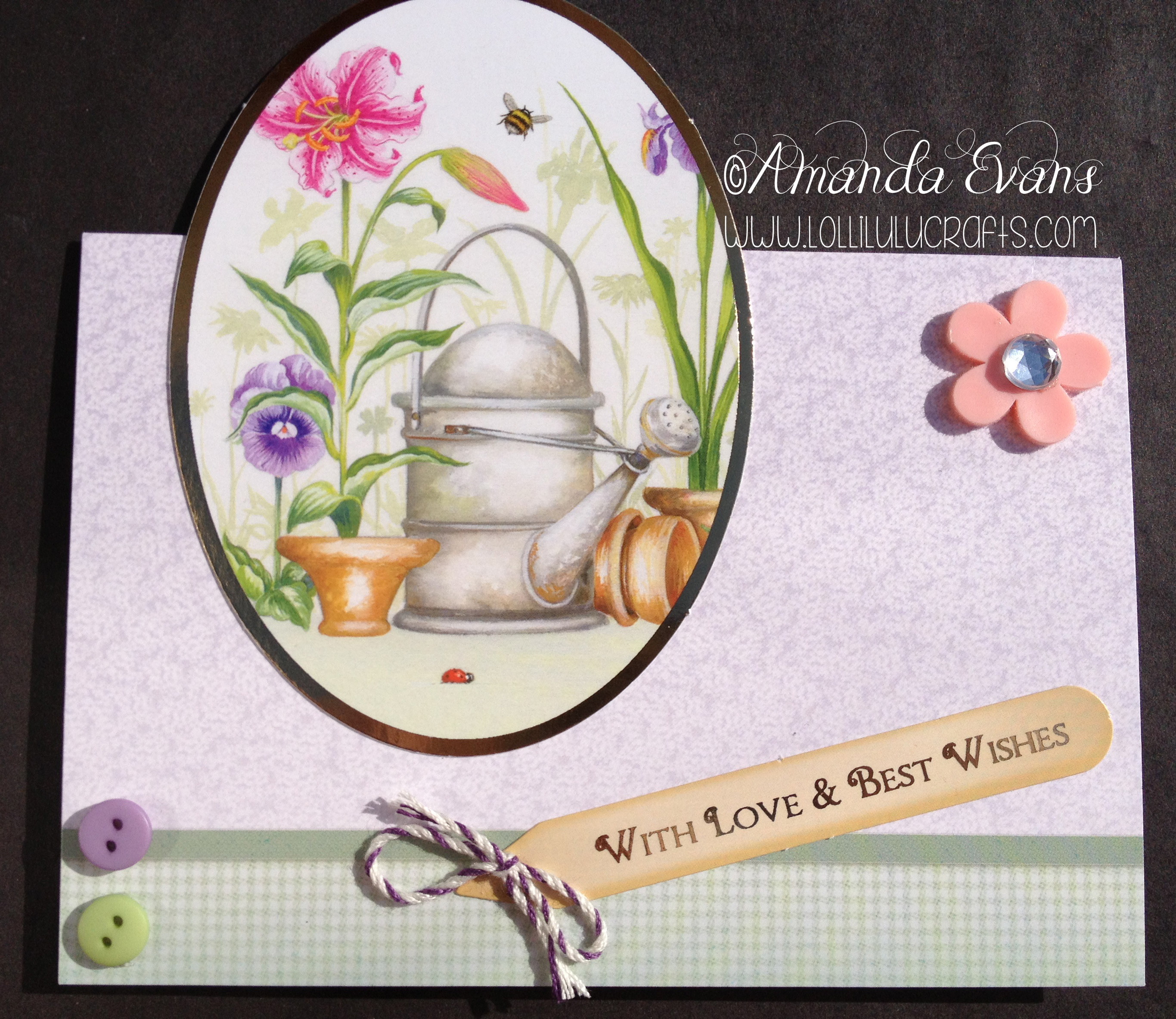 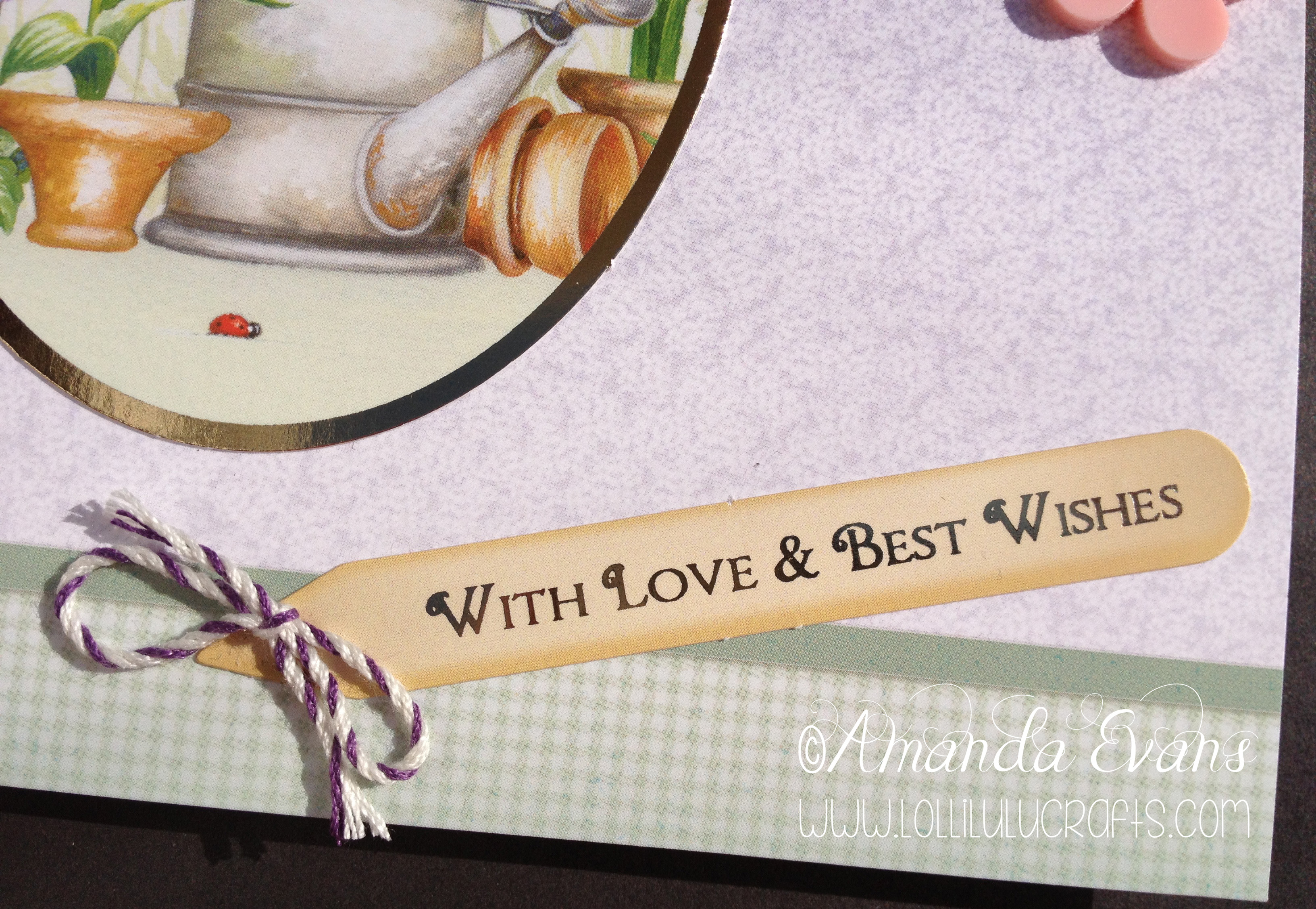 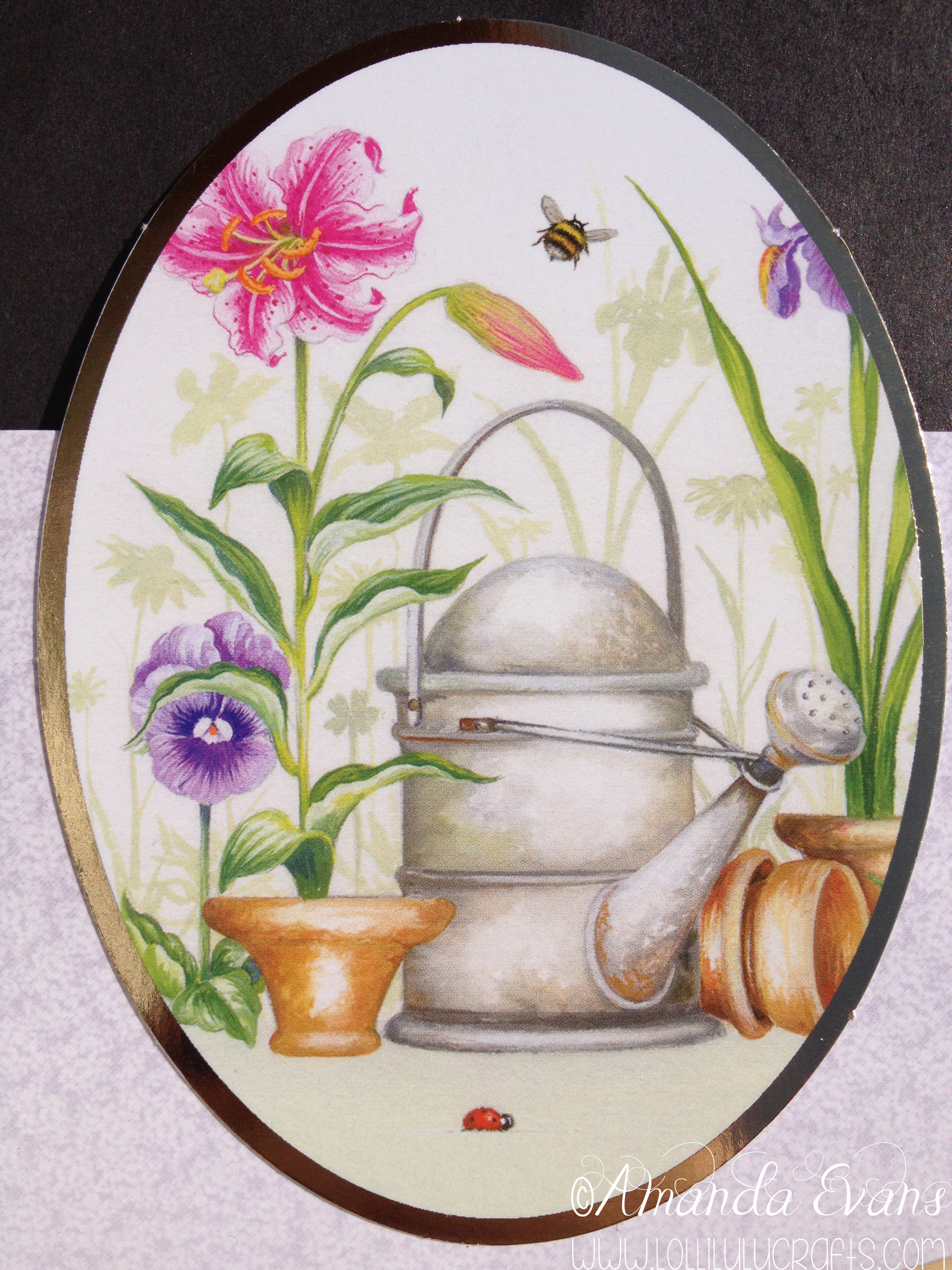 Finally another really simple card just using the backing card as my image and just finishing it with a piece of twine to which I added some beads to the ends to give it a really nice effect I have to say I thought that made it really elegant and pretty:- 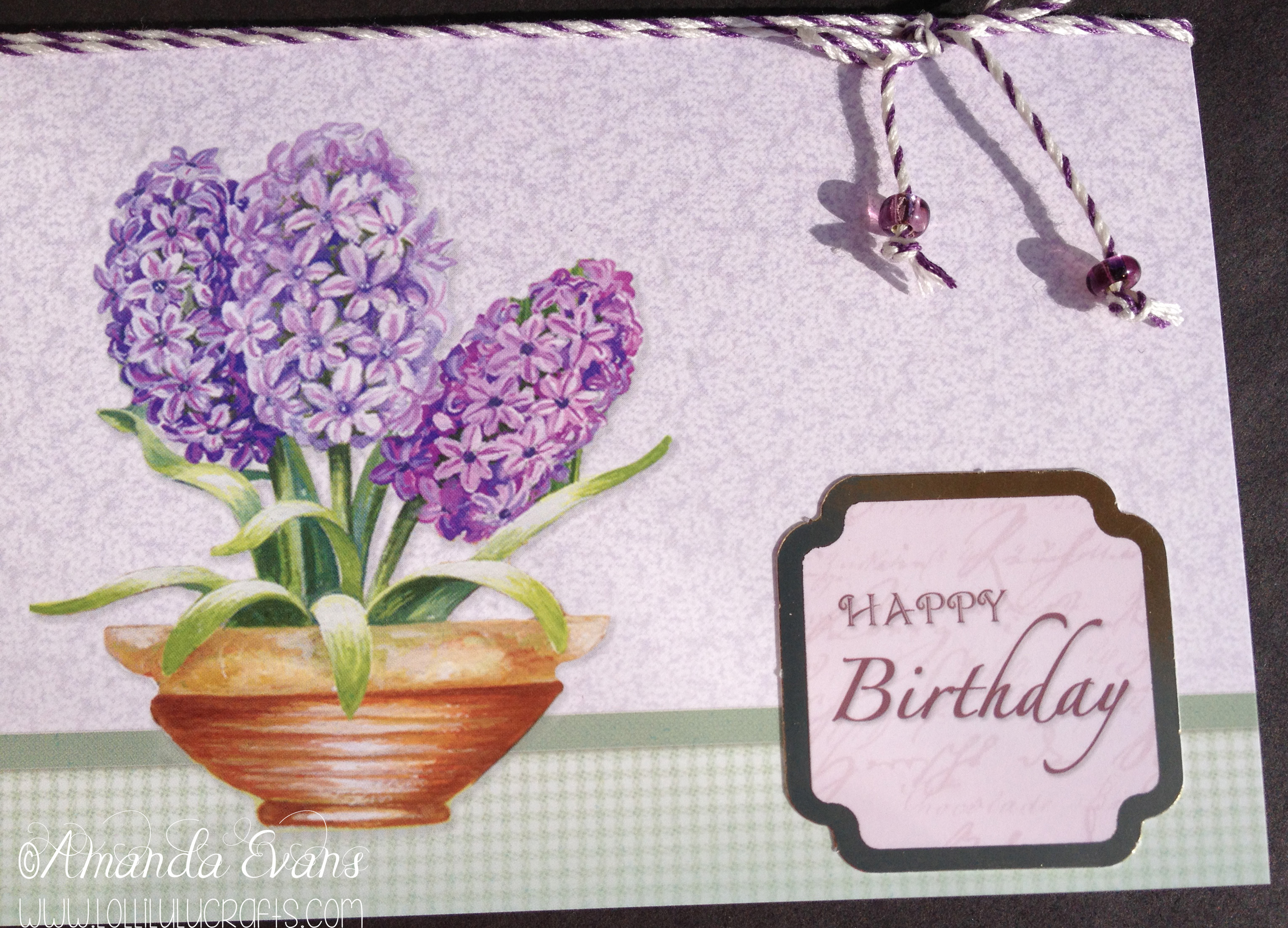 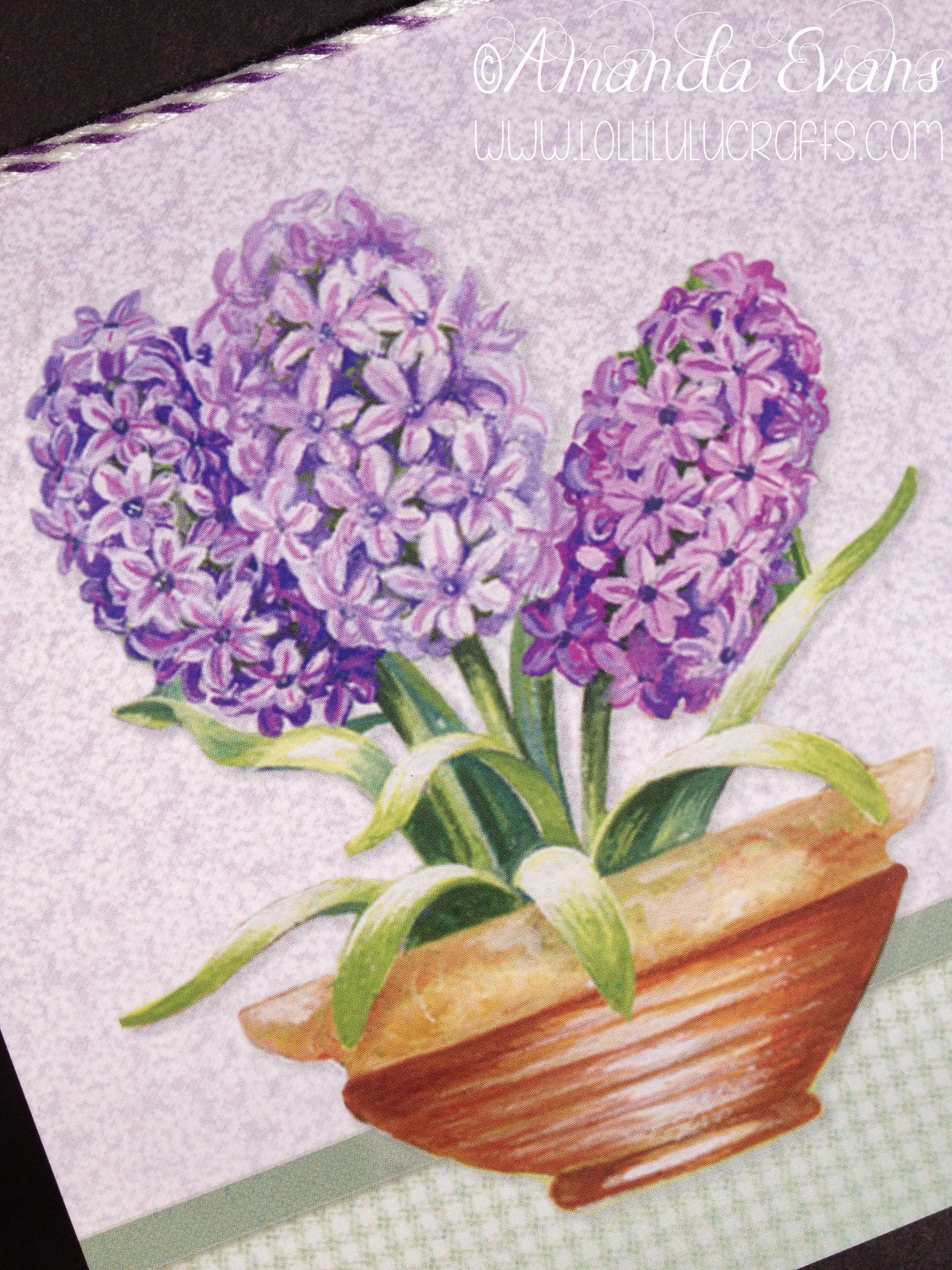 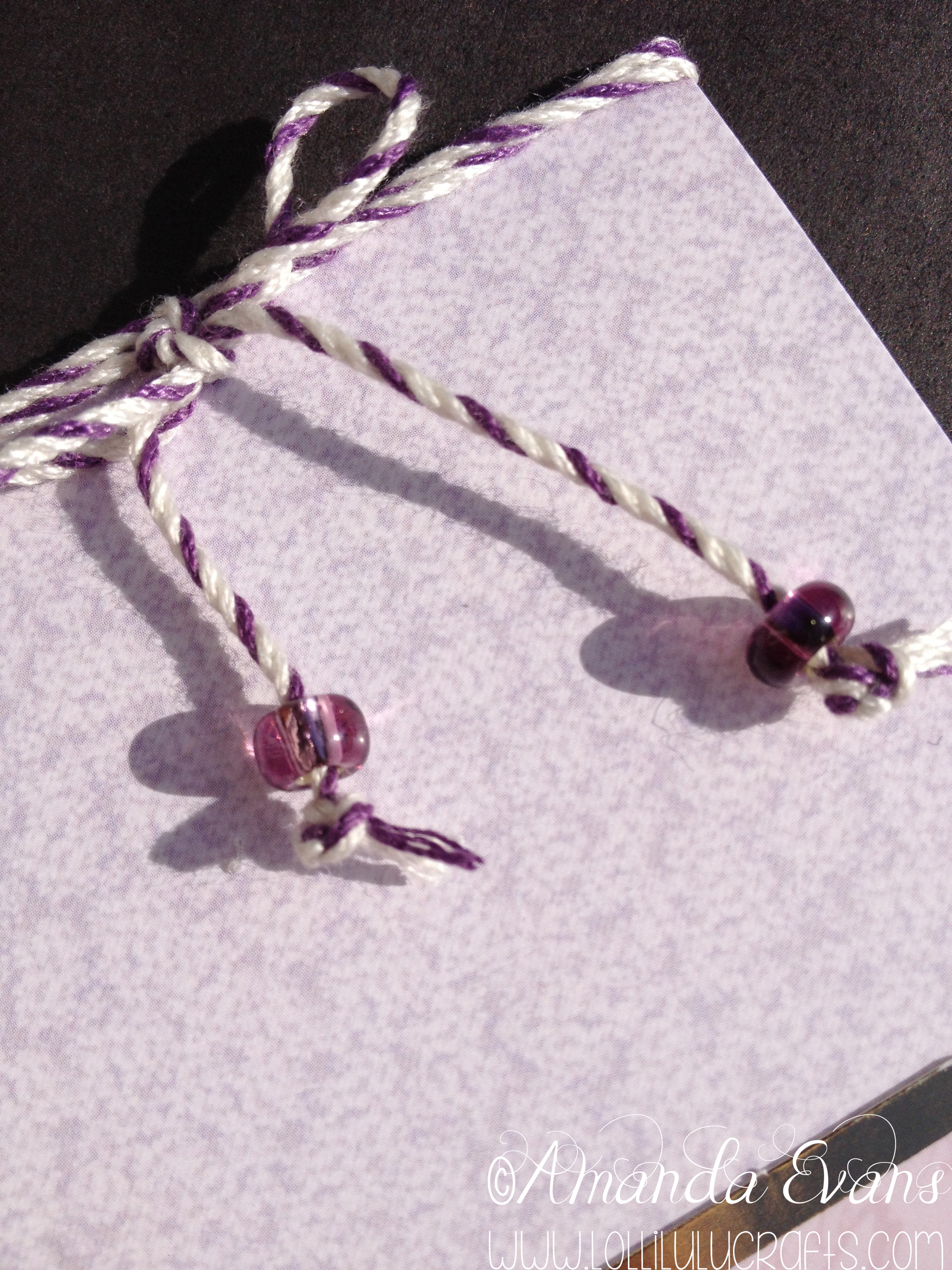 So I hope you like this selection of spring floral cards, but for now hugs and have a great craft day,