Hiya, today I have a selection of Hunkydory Large Cardz 4 Men  I thought it would be fun to put some of the mens cards I have made together in one post. A common theme for a lot of these cards was Hunkydory so I decided to two posts of Hunkydory Mens Cards, one of large cards and one for small. 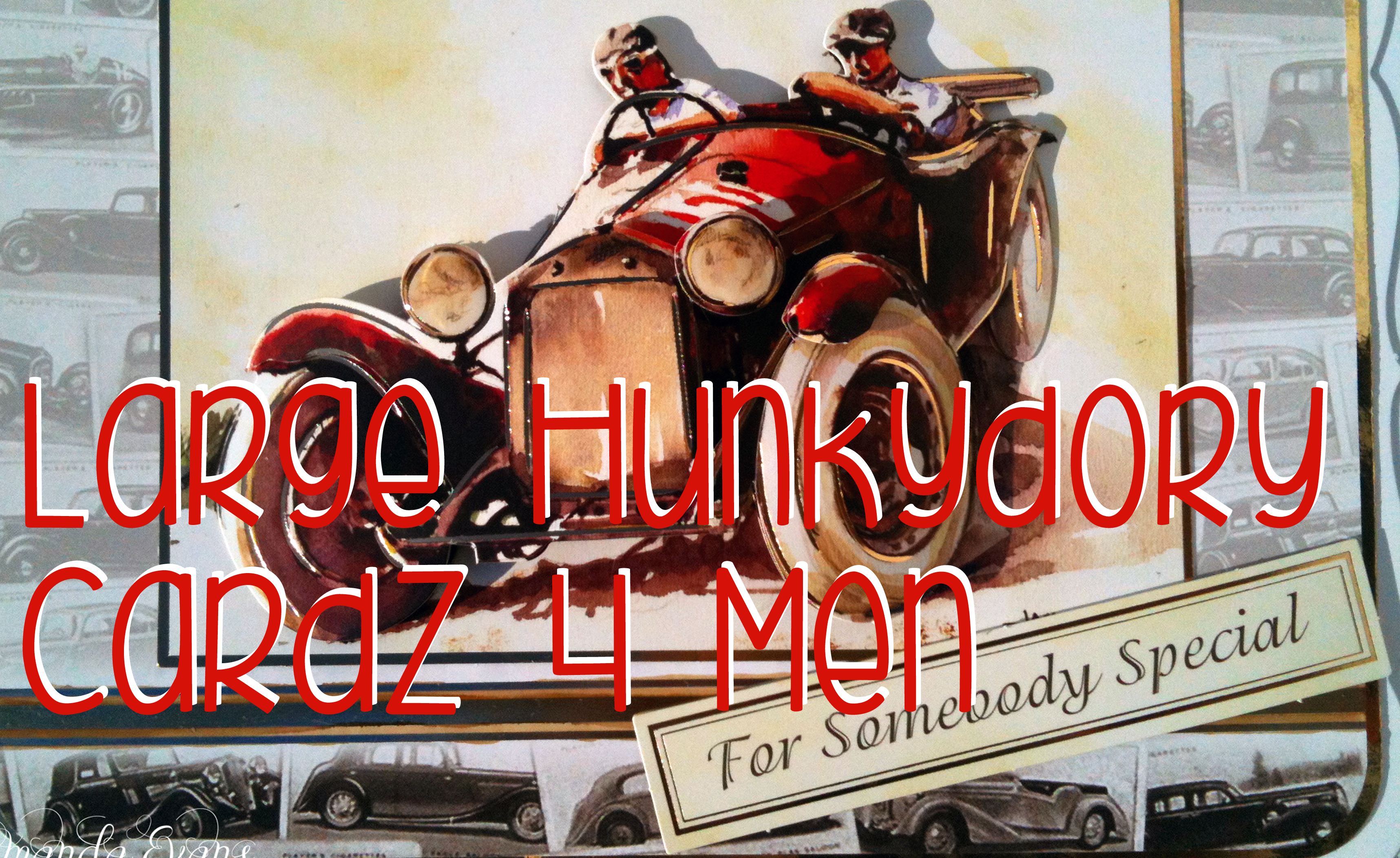 So todays cards are the first of these two posts, all mens cards that I made using variety of Hunkydory toppers, card stock, tags, decoupage et cetera. As I said above I decided to split the selection into larger cards and small cards, and the small cards selection will come next month. So for now here are the Hunkydory Large Cardz 4 Men : –

So this is a small selection of some of the cardz 4 men that I have made over time. These two posts are featuring the cards I made using Hunkydory but of course I have made plenty of other cards for men using lots of other products. That said I have to say I really like Hunkydory and I particularly like them for making men’s cards. They have some really great images and artwork for men that are for grown up men as well as for the little man in your life. Anyway I hope you like these cards and if so don’t forget that I am doing another post next month with small cards for men. But for now hugs and have a great craft day,