Hiya and how are you today my lil’ Lolli-ettes? A little chilly here, to say the least, but I am sitting again in Costa Coffee with a Hot Chocolate, my Mac Book, my iPhone, my Erin Condren Planner and my brain – well ok maybe I left my brain behind but that is what all the rest if for lol!  So today I thought I would continue in my quest to convert those doubters to CD crafting.  I think it is becoming more main stream now, although it seems to me that it is more accurate to call it digital crafting now since most of it will be on the internet itself rather than on CDs. 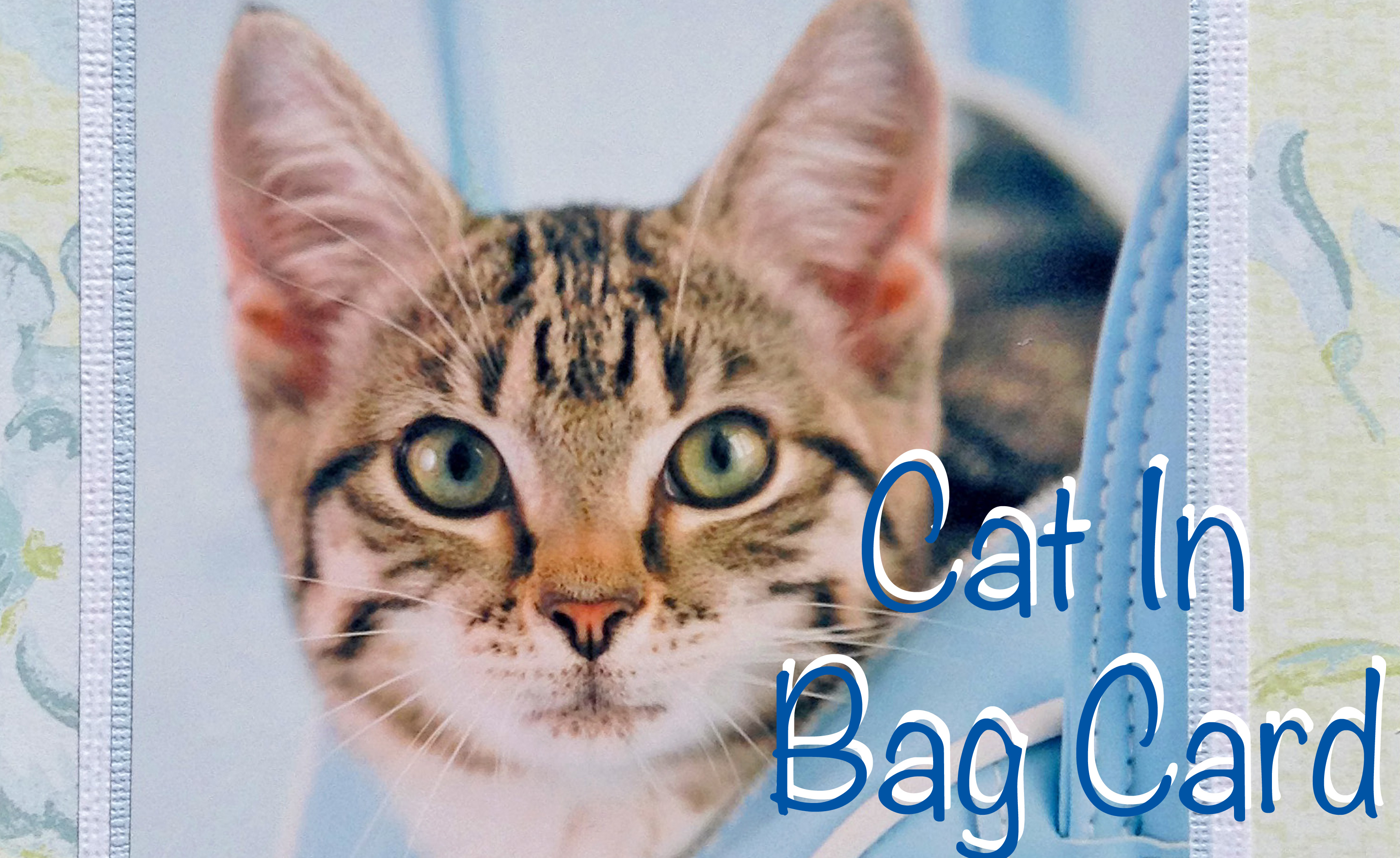 I notice that even a lot of computers, don’t come with CD players. I had to buy a separate one for my iMac that would plug into the USB port. I didn’t particularly want one but I already had so many CDs that it would be such a waste not to be able to use them. These days of course I would, as I said, buy it on a website and download it directly to my computer. It amuses me really how that doesn’t have the stigma that CD Crafting has / had!  It was, and probably still is, considered cheating or not proper crafting if you use a CD and yet people will use digital images and papers without a thought, other than perhaps the technicalities of how to do it, and rightly so I think. I have been on a quest, as my regular Lolli-ettes would know, for time to get doubting crafters to realise that digi crafting is no less crafting than buying a physical stamp or piece of paper and in fact can be a lot more economical too!

I think a lot of people views changed as the world became more and more digital before our eyes! but relevantly to crafting as our stamp artists turned over to digi stamps and we as consumers saw the benefits. One price gave us an image that could be of infinite sizes and could be used over and over again with perfect results each time. The downside is of course that the artist is very vulnerable to people deliberately or thoughtlessly ‘giving’ that image to other people and thereby denying that artist their right of income from that image. But I won’t go on about that here as I have said plenty already in the past on intellectual property theft.  Today however we have gone old school and used a CD, and I have struggled when putting together the product list to find a copy of the CD for sale anywhere.  This particular CD is from one of my favourite crafters – Joanna Sheen and is a CD full of the cutest images, in fact I have a post with another image from this CD next week for you. 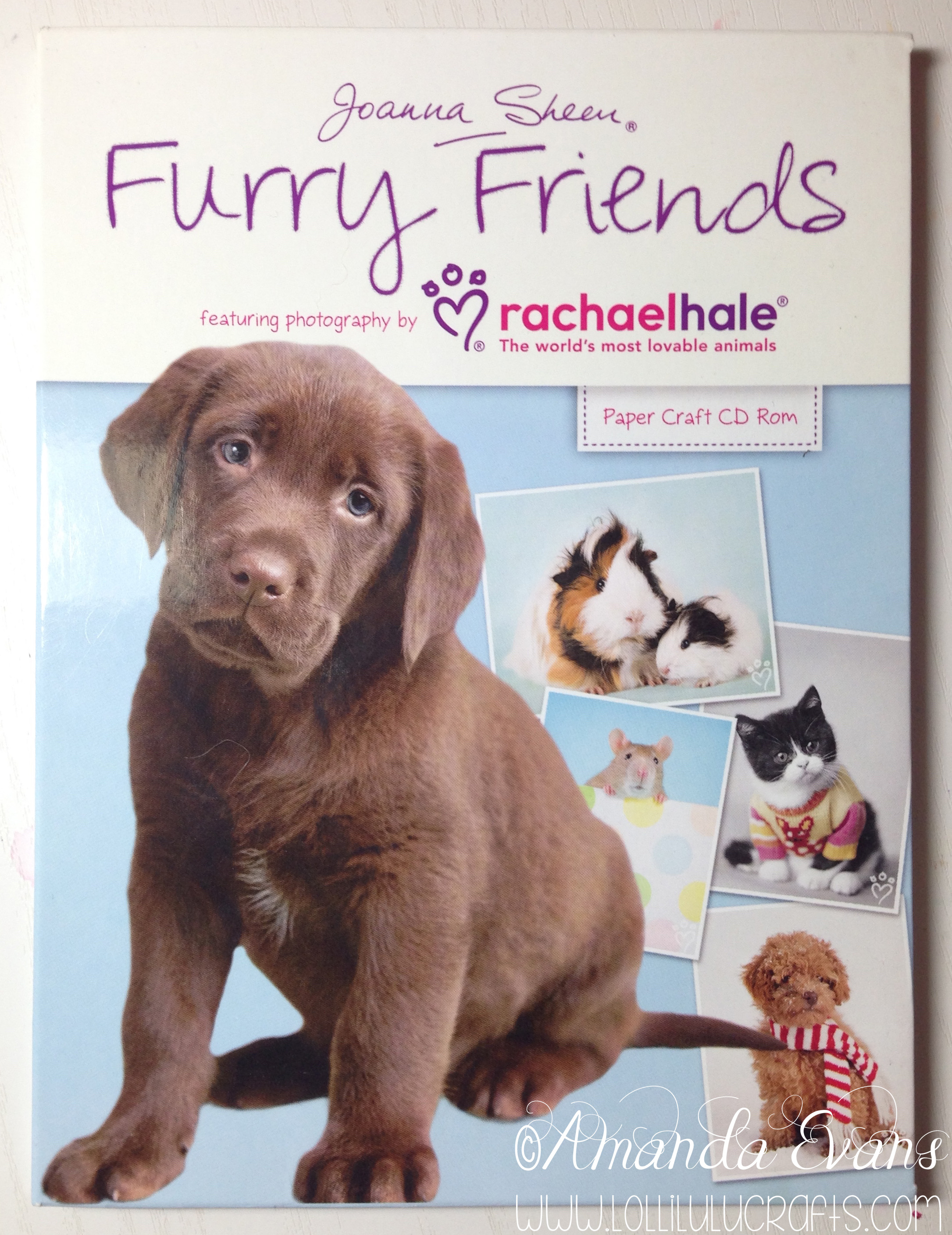 I decided to keep this a really simple card and let the image do the talking, I hope you will agree that it really doesn’t need any help. That said I think it is one of these images that could just as easily carried off the full works of gems, feathers, ribbon and hatpins lol! That is the beauty of Joanna’s CDs they are incredibly versatile. Also as a little extra something I added an insert and I think that really finished the card off. After all Joanna included inserts in the CD so it would be rude not to use them lol! So here it is our Cat In Bag CD Card  Enjoy! 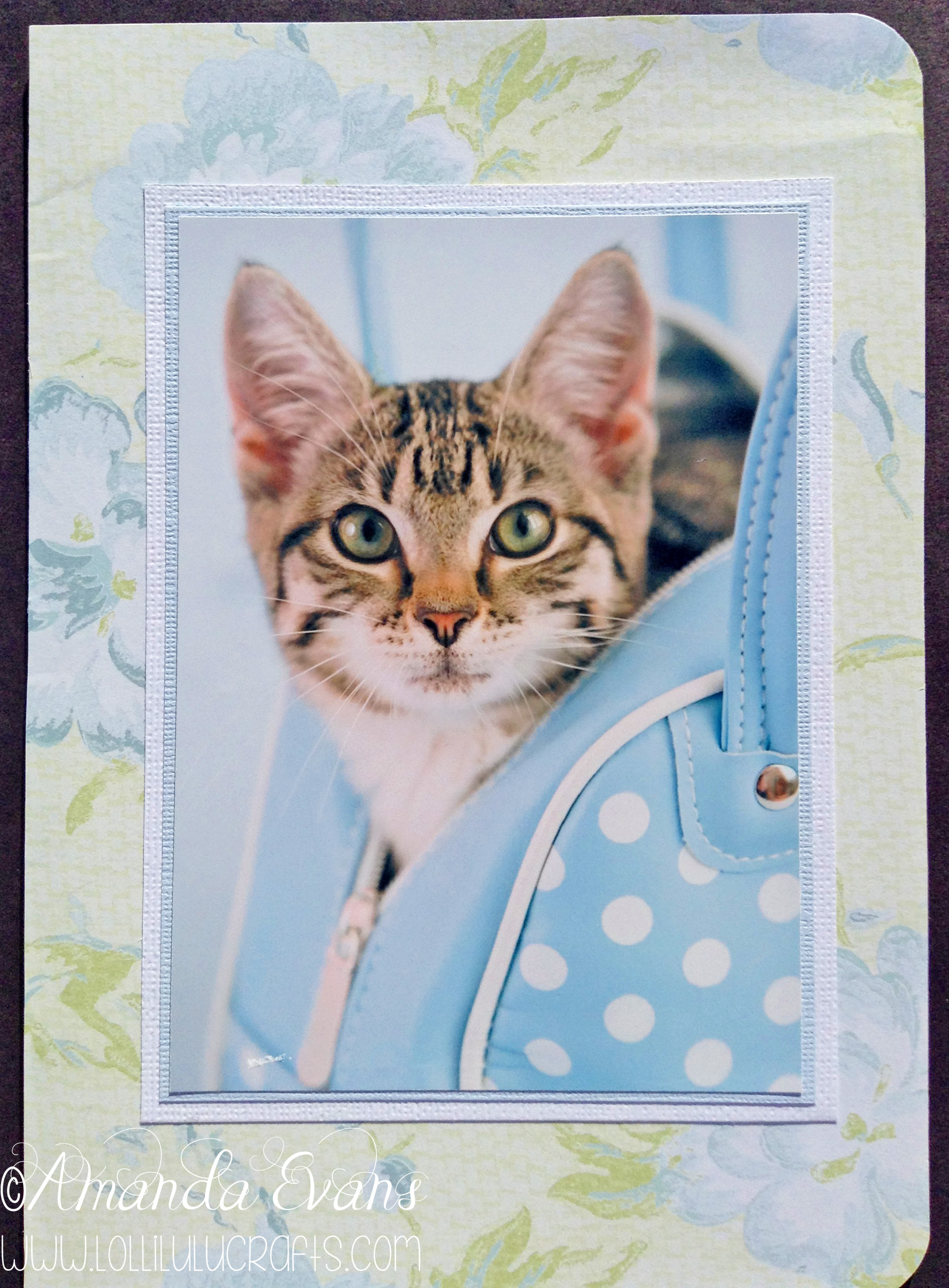 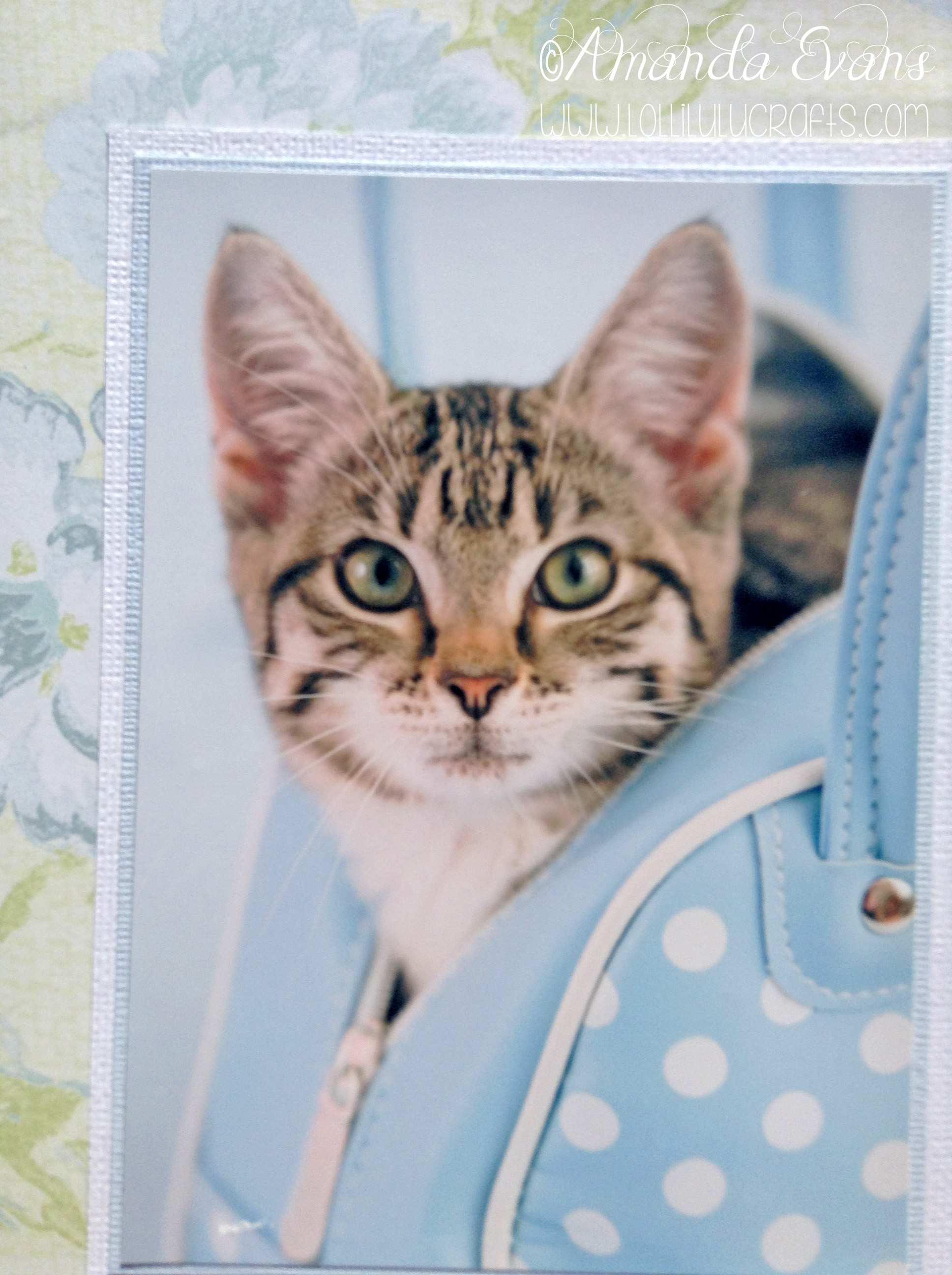 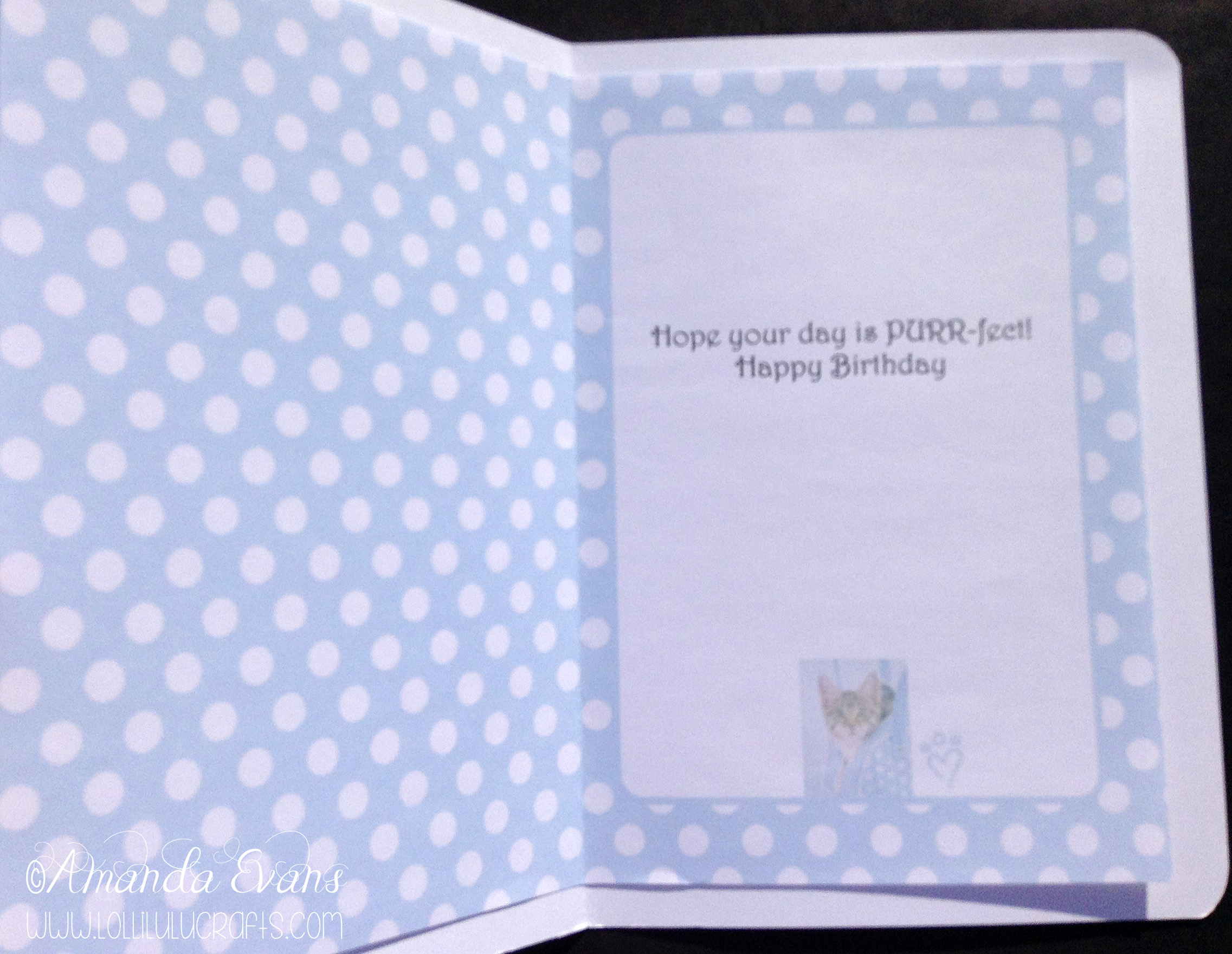 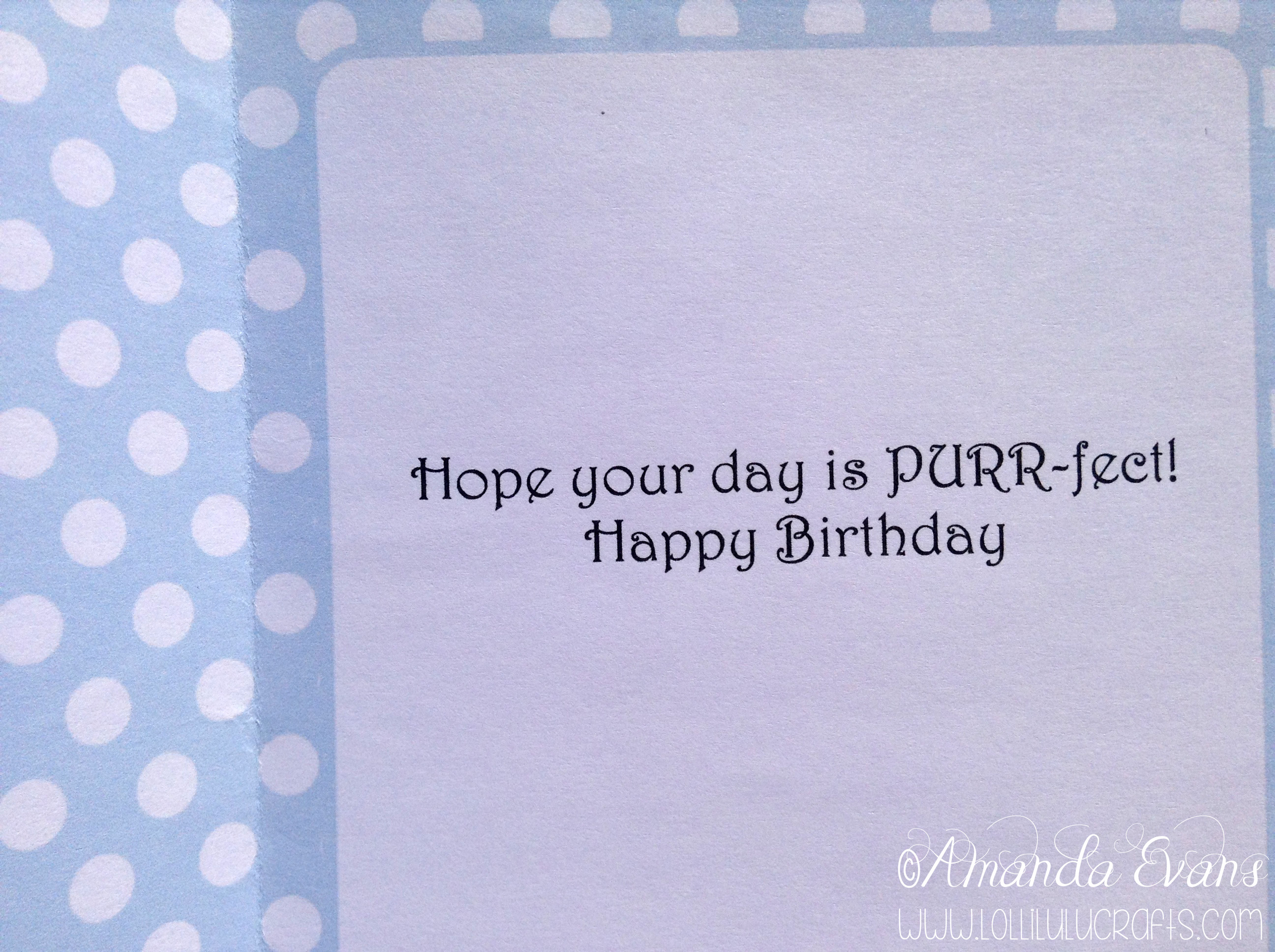 Well I hope you liked this card and don’t forget to check in next week for another image from this CD – a puppy this time 🙂  But for now hugs, and have a great craft day,