Hi Guys, so todays card is a fabulous image from The East Wind Lucy Loo digi collection. I have to say this is a relatively new find for me and I am loving the funky images that they have and it was great fun to colour. I started off as always with the skin and then sat back and was trying to work out where to go next. I knew I wanted her to be modern and funky but wasn’t quite sure what direction to go with the colouring to achieve that. I had a search on google of other Lucy Loo images and saw a number of people had gone for the coloured hair route and I really liked that effect. I still wanted her to be girly so I decided on pink but in order to keep that funky look I went for a really bright set of pinks. However when the hair was finished it was missing some definition so I took a bit of a leap and picked up a really dark purple and added in the definition with a few flicks. I was really pleased with the finished look. Next I worked on her hat, and decided straightaway that I wanted to go for a more neutral look so went for the warm greys. I really liked the contrast that gave to the hair. I decided that the hat band should bring in the pink/purple colour so used the same colours as I did on the hair. Next I did her top which I decided should pick up the purple shades so as not to overwhelm the image in pink. To add a little something extra I added some foil accents to the hat band, nails, buttons and decoration on her top. I think that looks fab and was really pleased how that turned out. I also added some glossy accents to her eyes and the lollipop. Finally on the colouring I used two of the pinks to outline her as shadow and fill in the whole image box and then cut around the box leaving a white border as a faux mat and layer. There she was ready for the card: 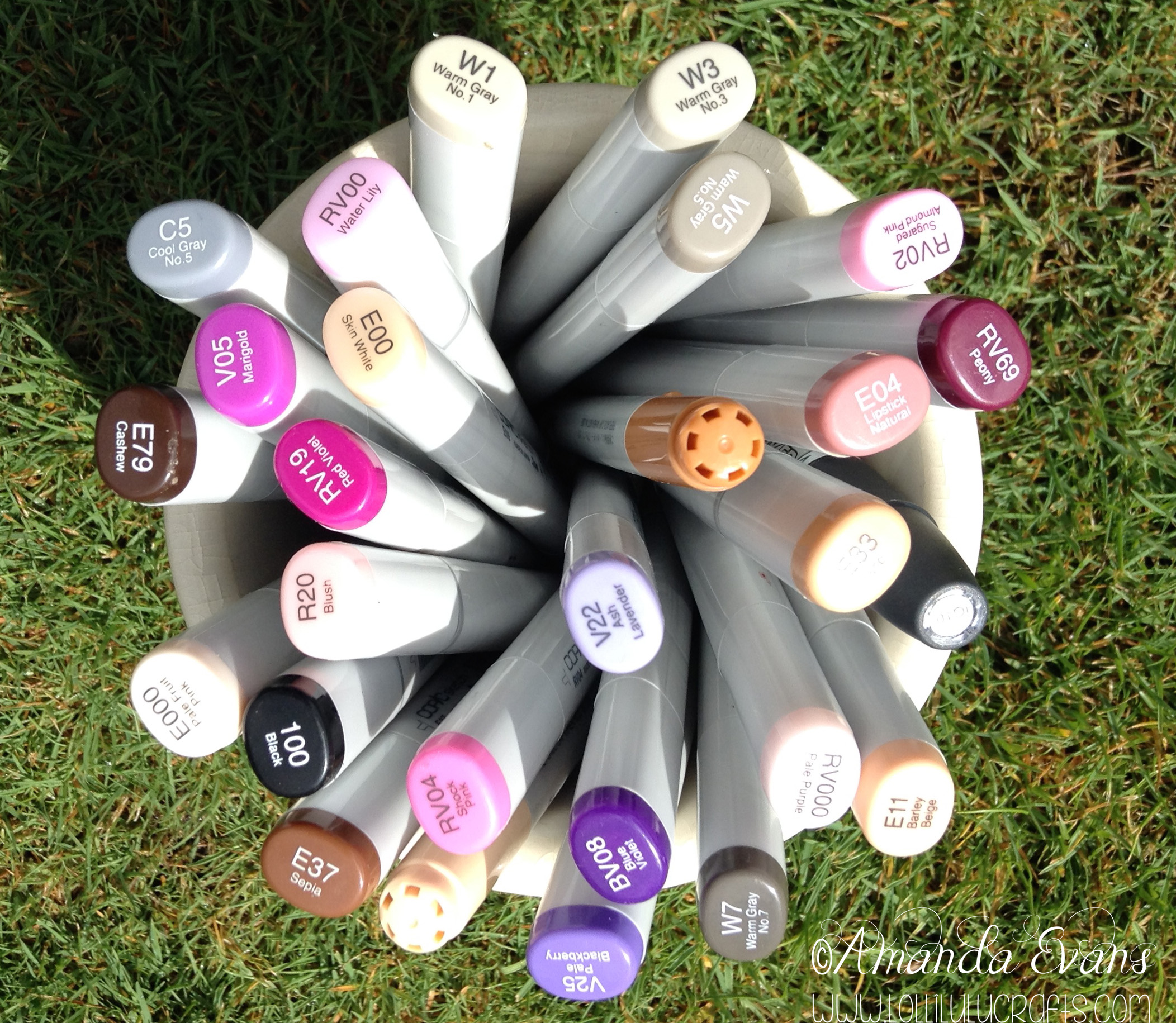 To construct the card I first took a light Pink Hunkydory A4 card, scored and folded in half, colour on the inside to create an A5 card base.  I picked out some lovely paper and mirri card from my stash and put it on the card as you can see. I then mounted the image onto some of the card and mirri and created a second ‘mat’ with the Happy Birthday paper being featured so that could act as my sentiment. Next I added on the doily, cheesecloth, lace trim, ribbon and sequin trim with my Pinflair Glue Gel before adding Lucy Loo and the Happy Birthday panels. I had some lovely organza flowers that were a perfect match so I added those on with one paper flower for a change of texture and popping behind them the crystal stick pins. Finally I added a pretty little flower gem on the Happy Birthday panel and some pink gems in each corner:- 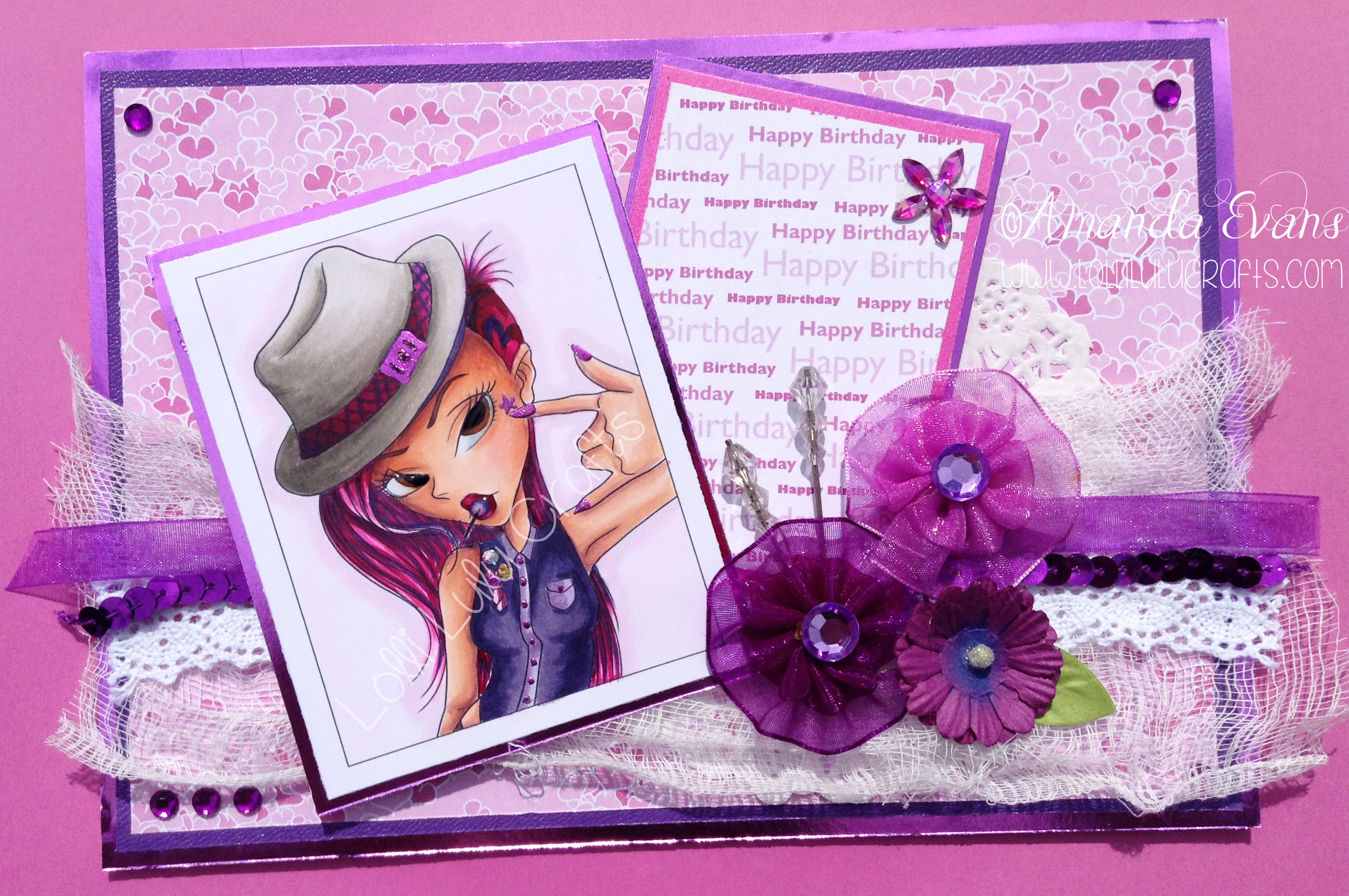 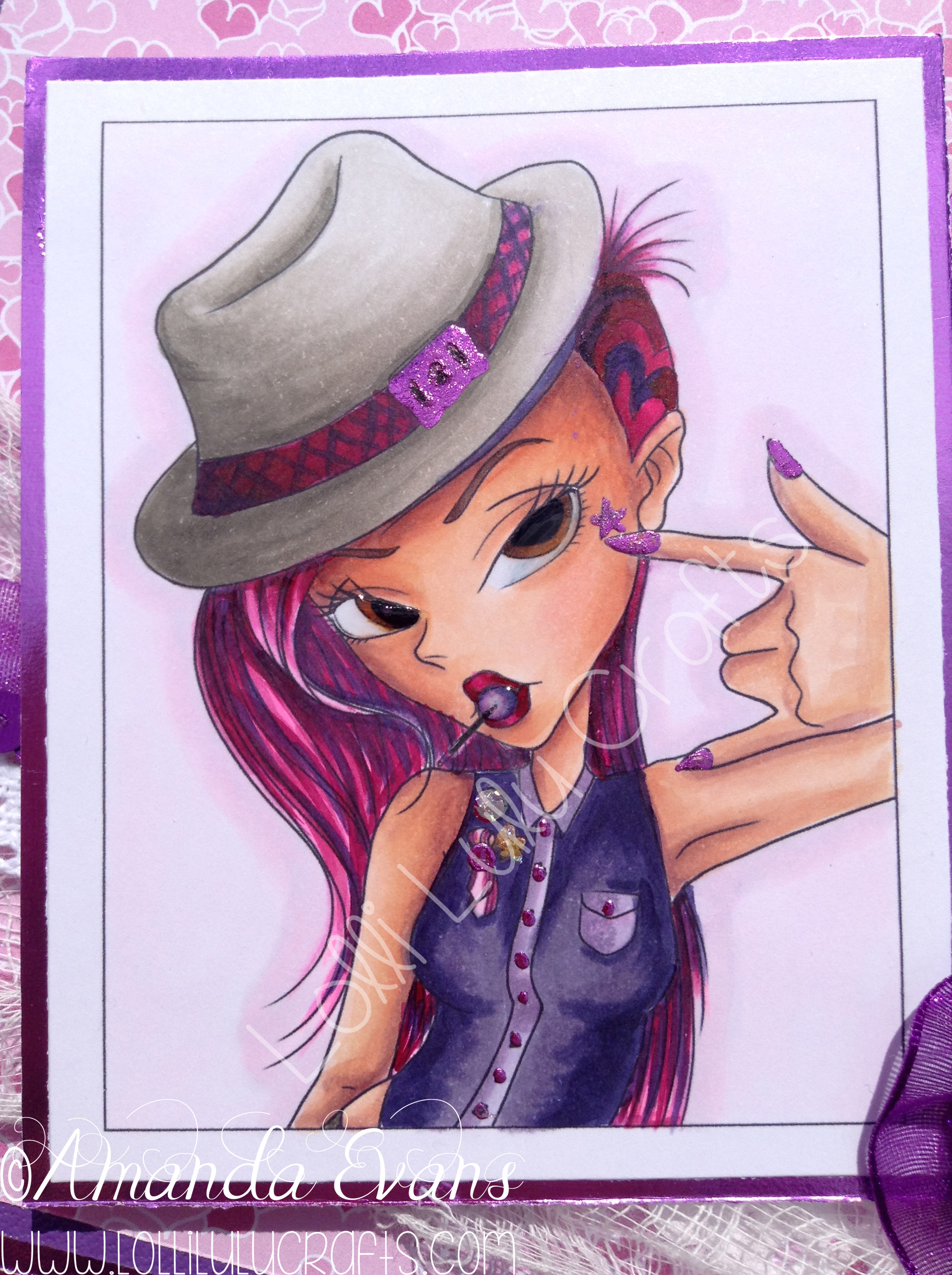 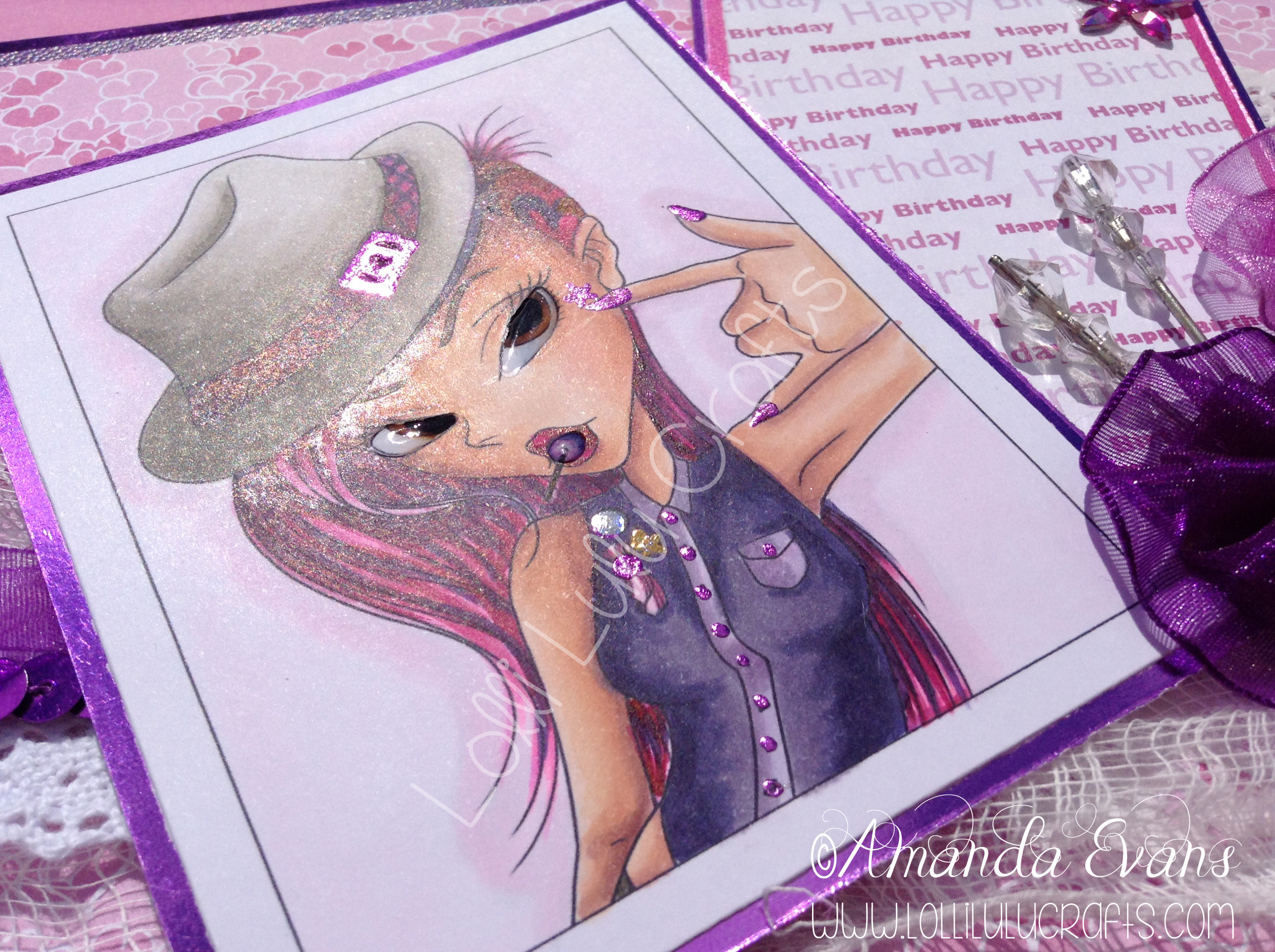 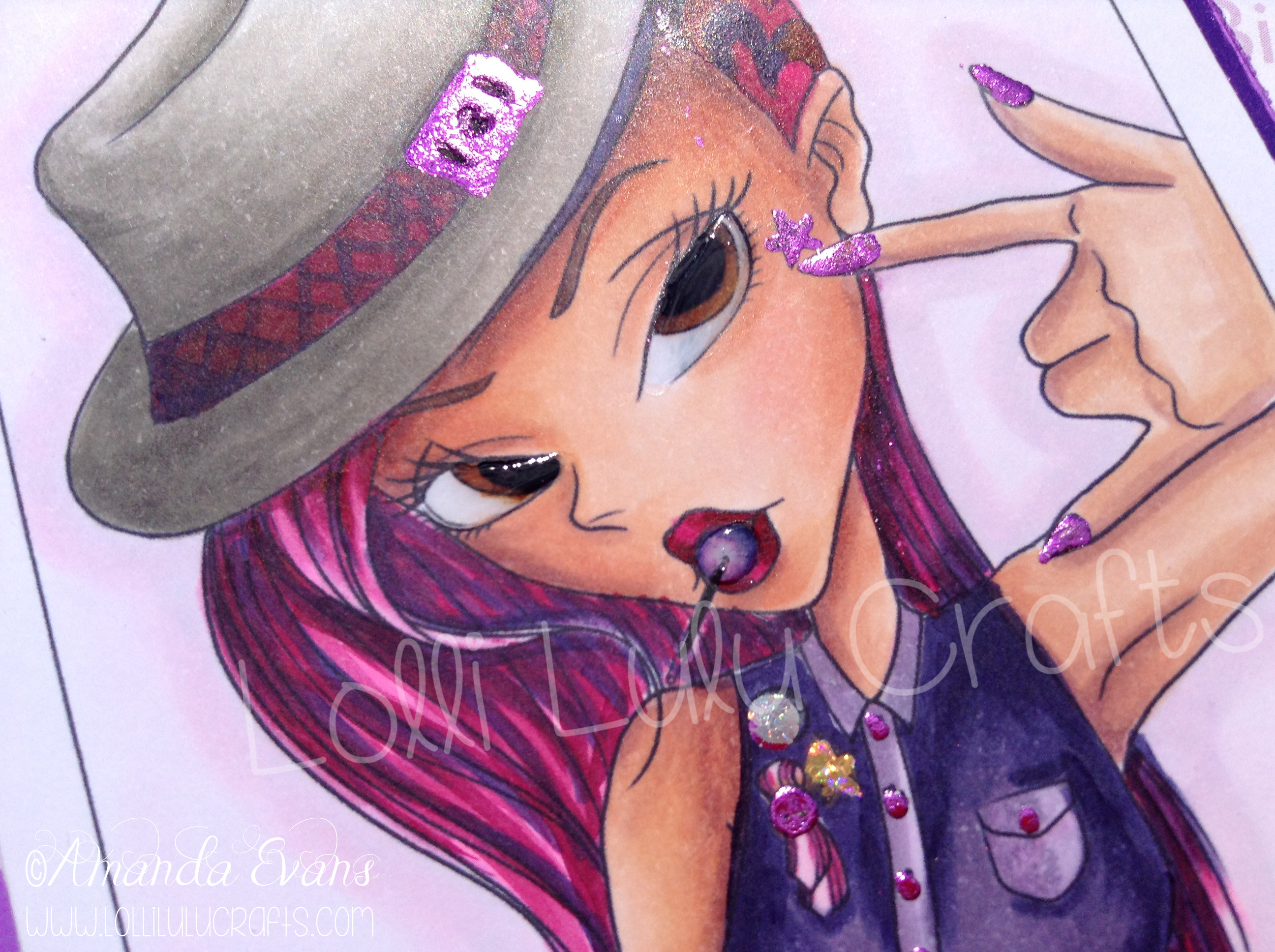 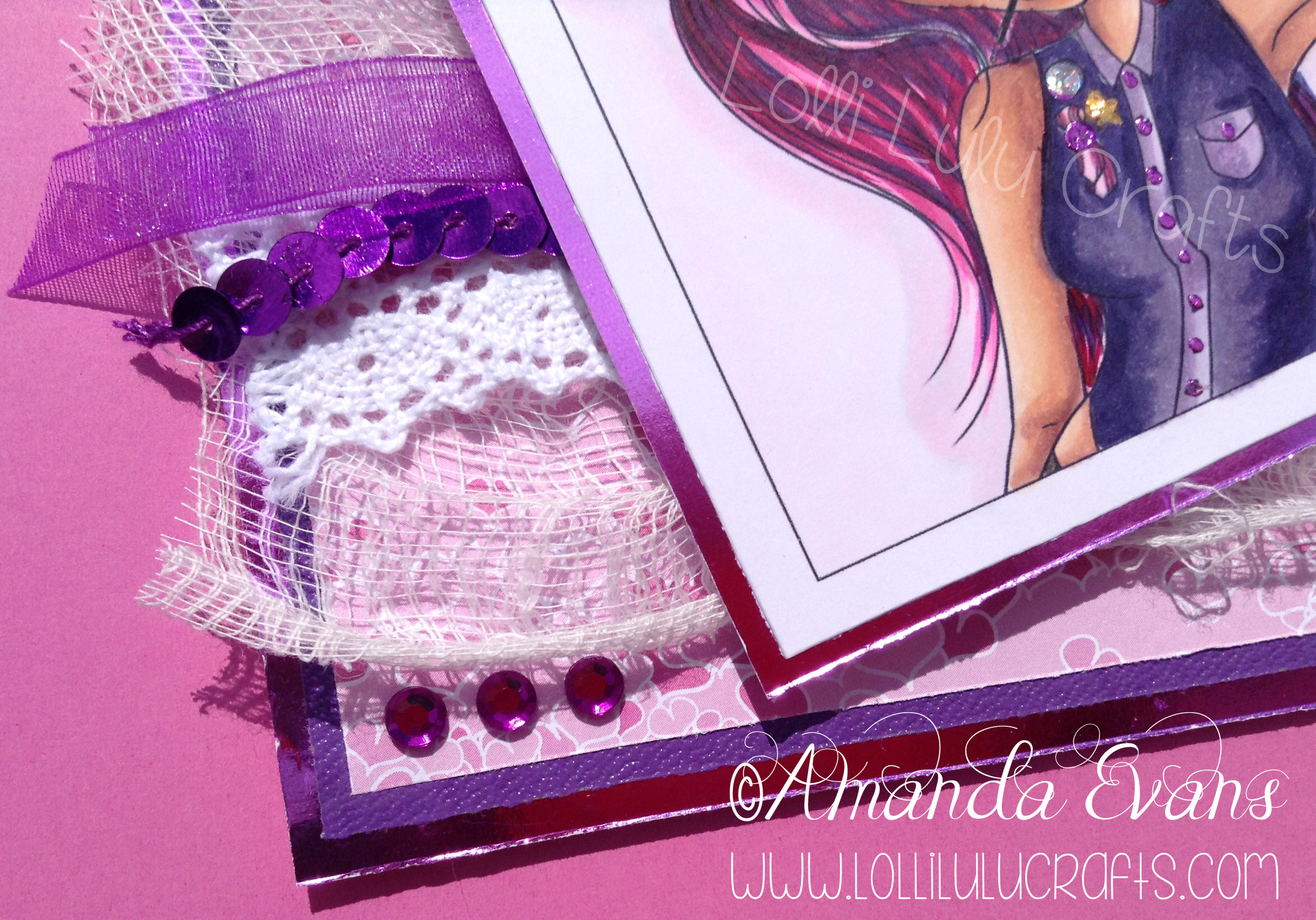 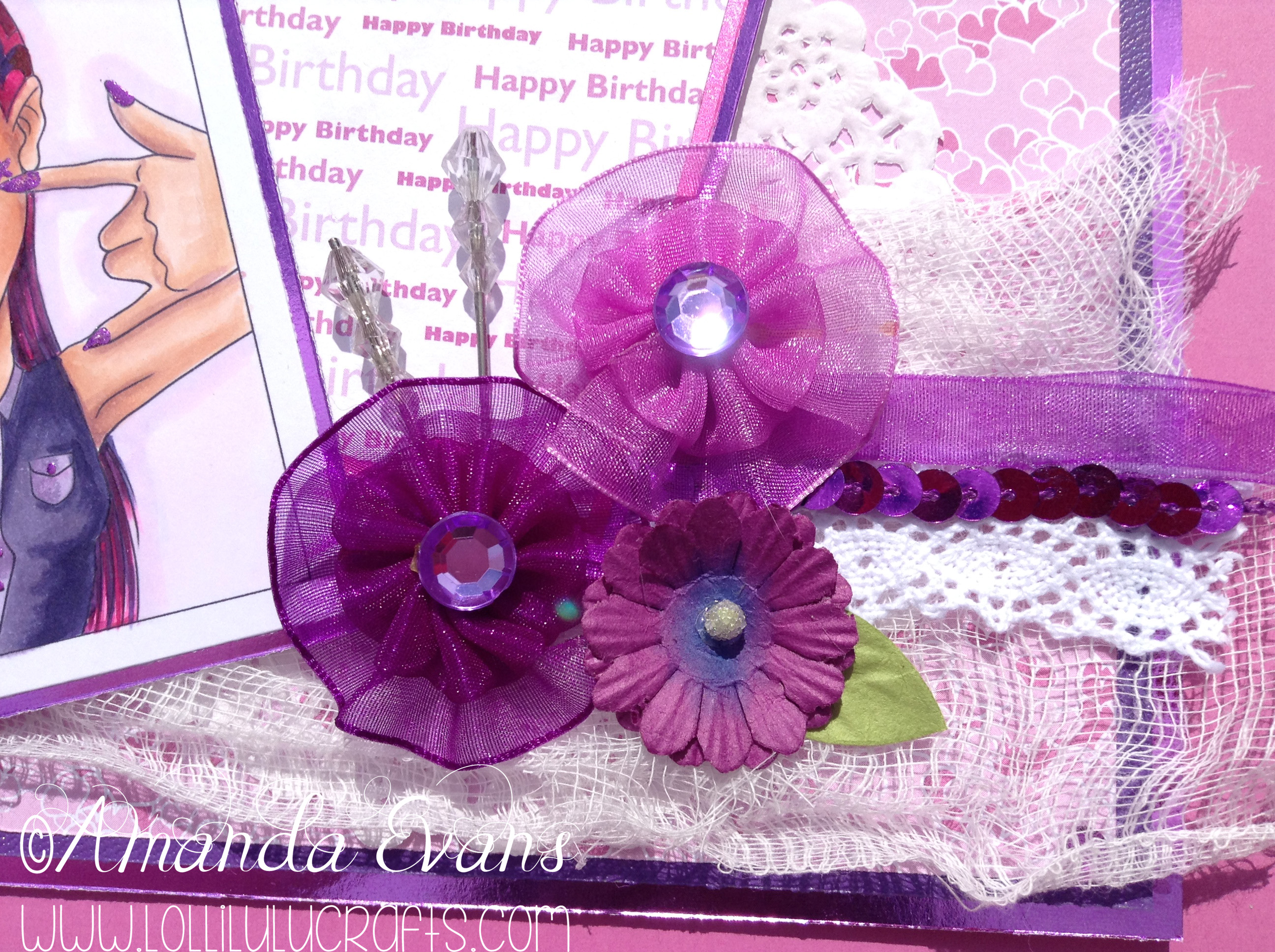 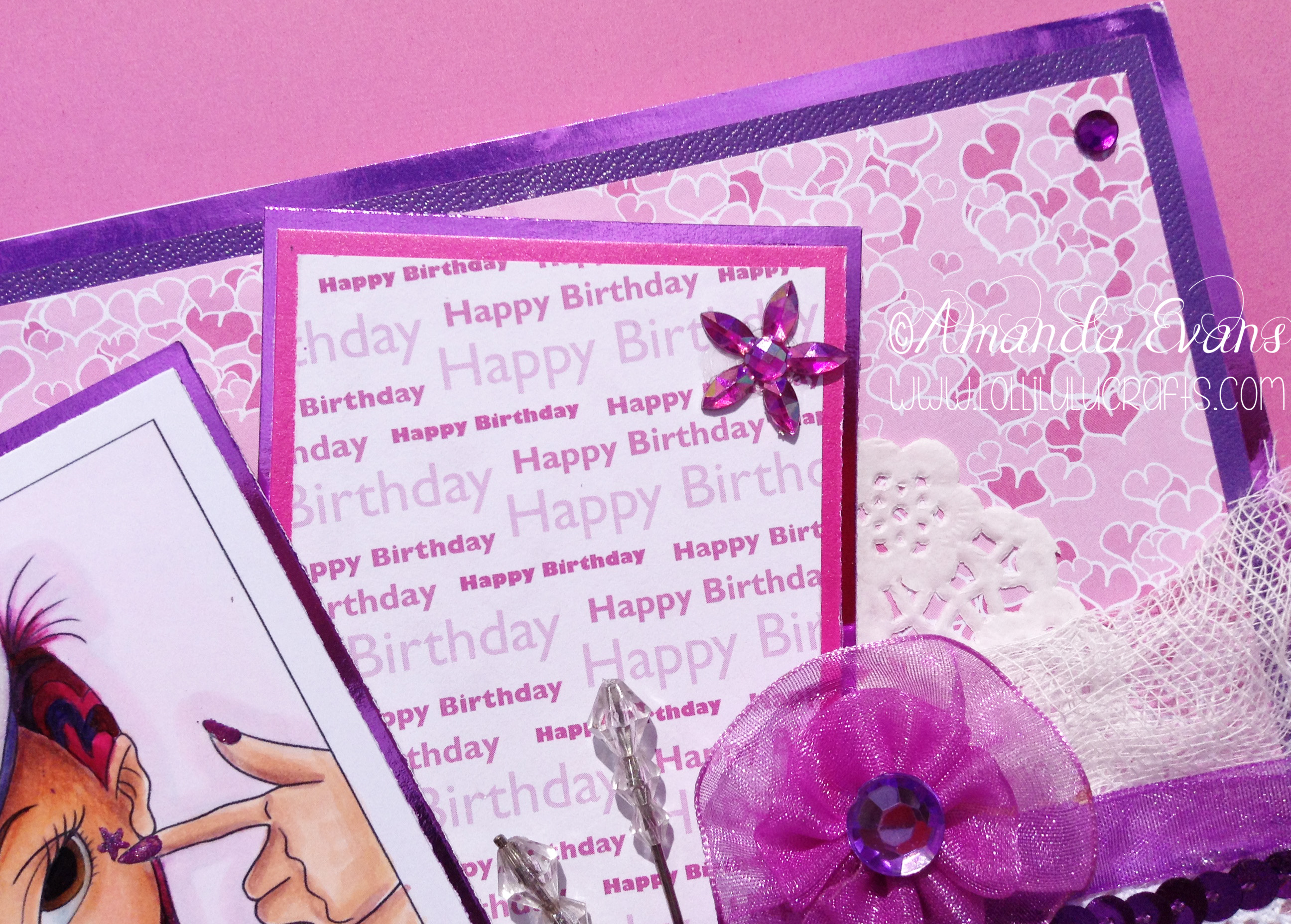 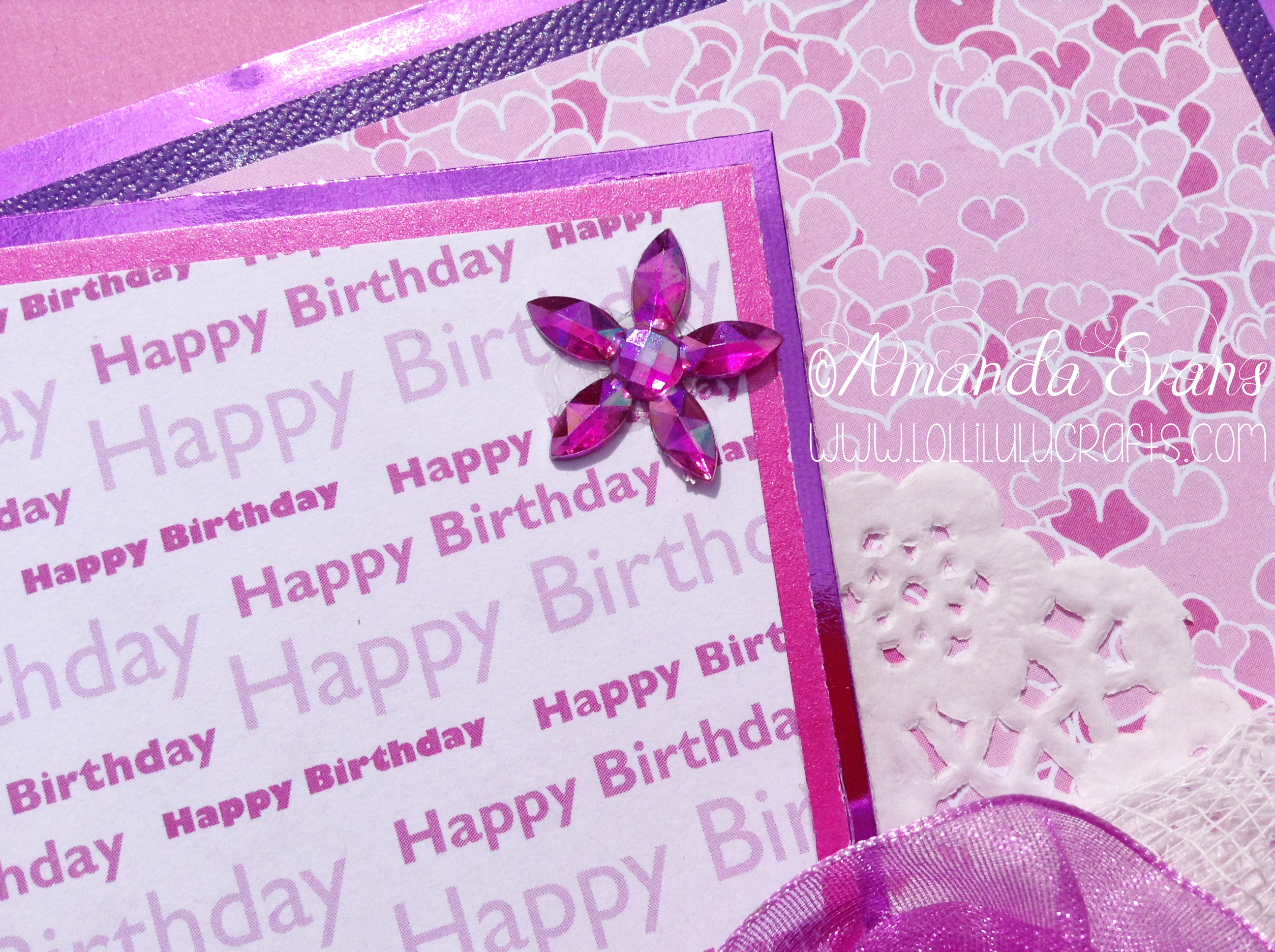 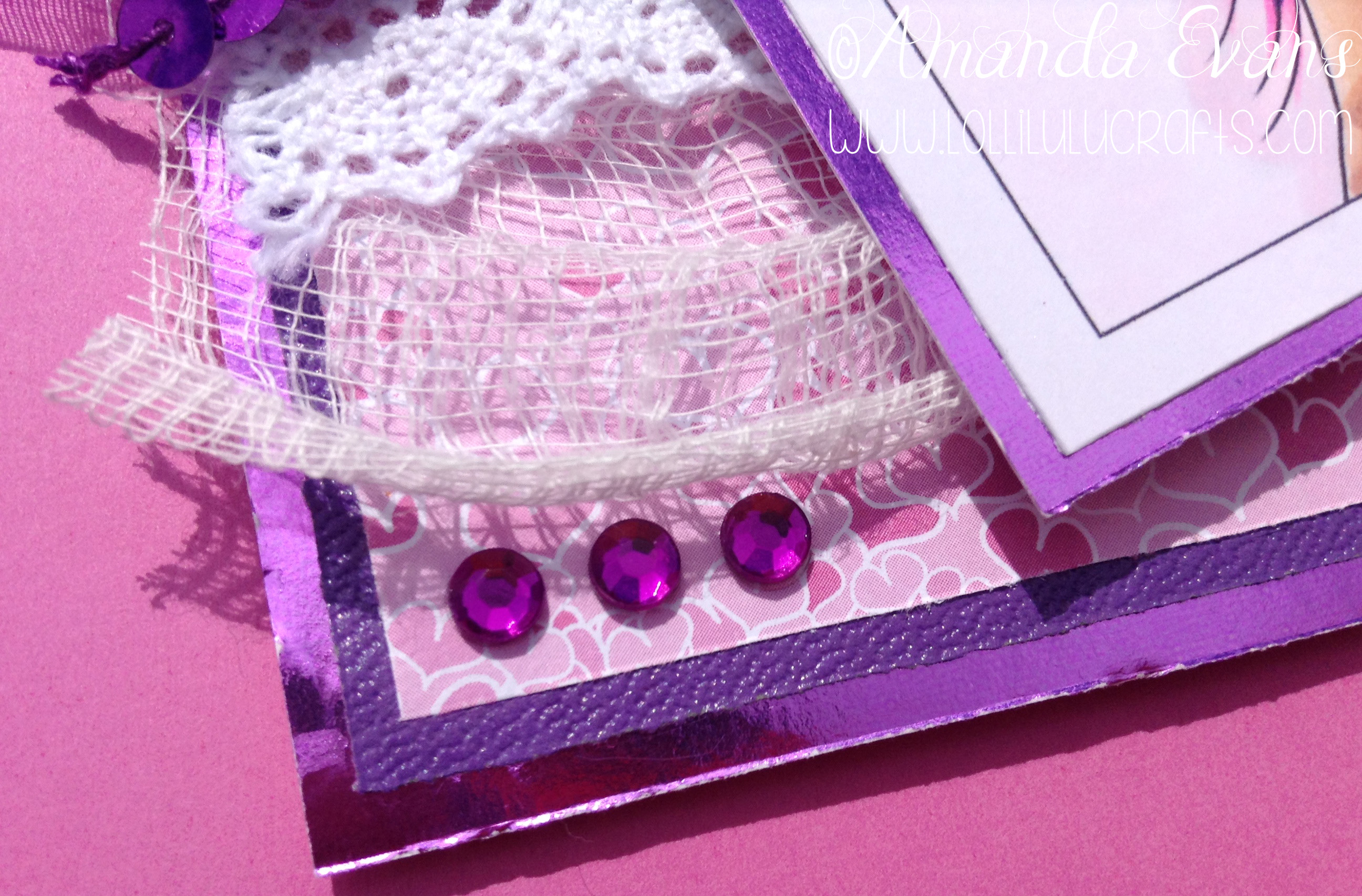 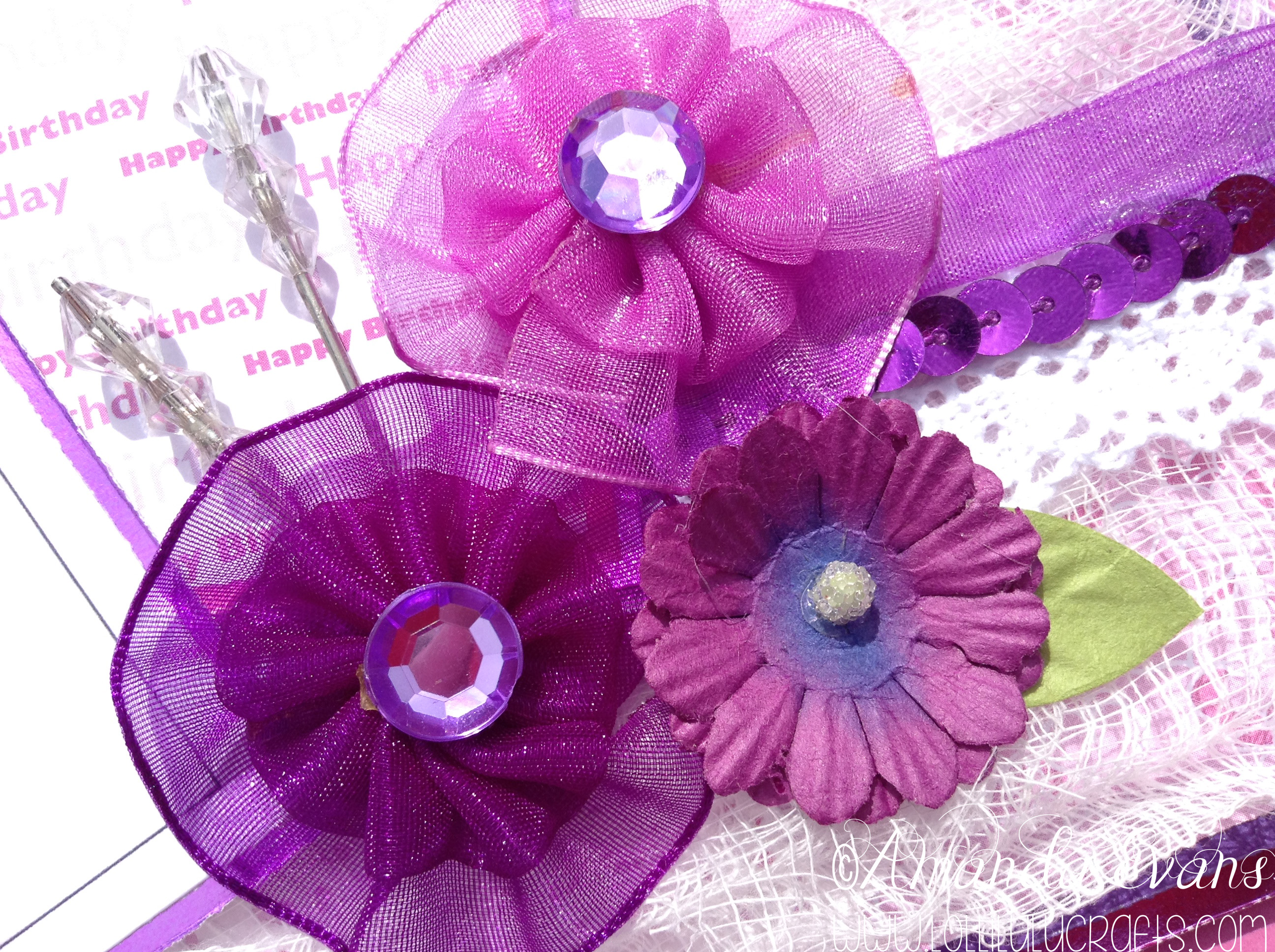 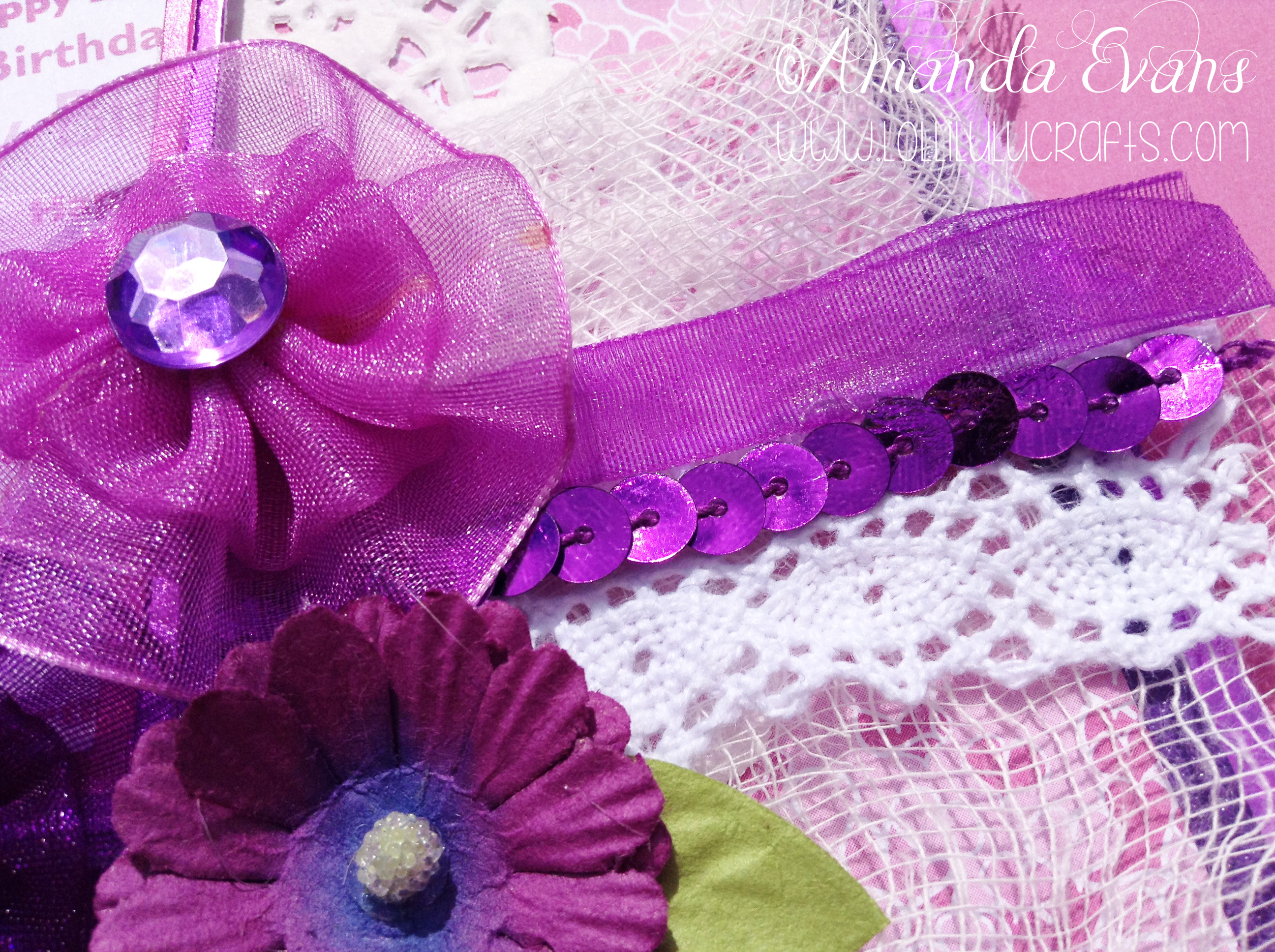 The inside and the back:- 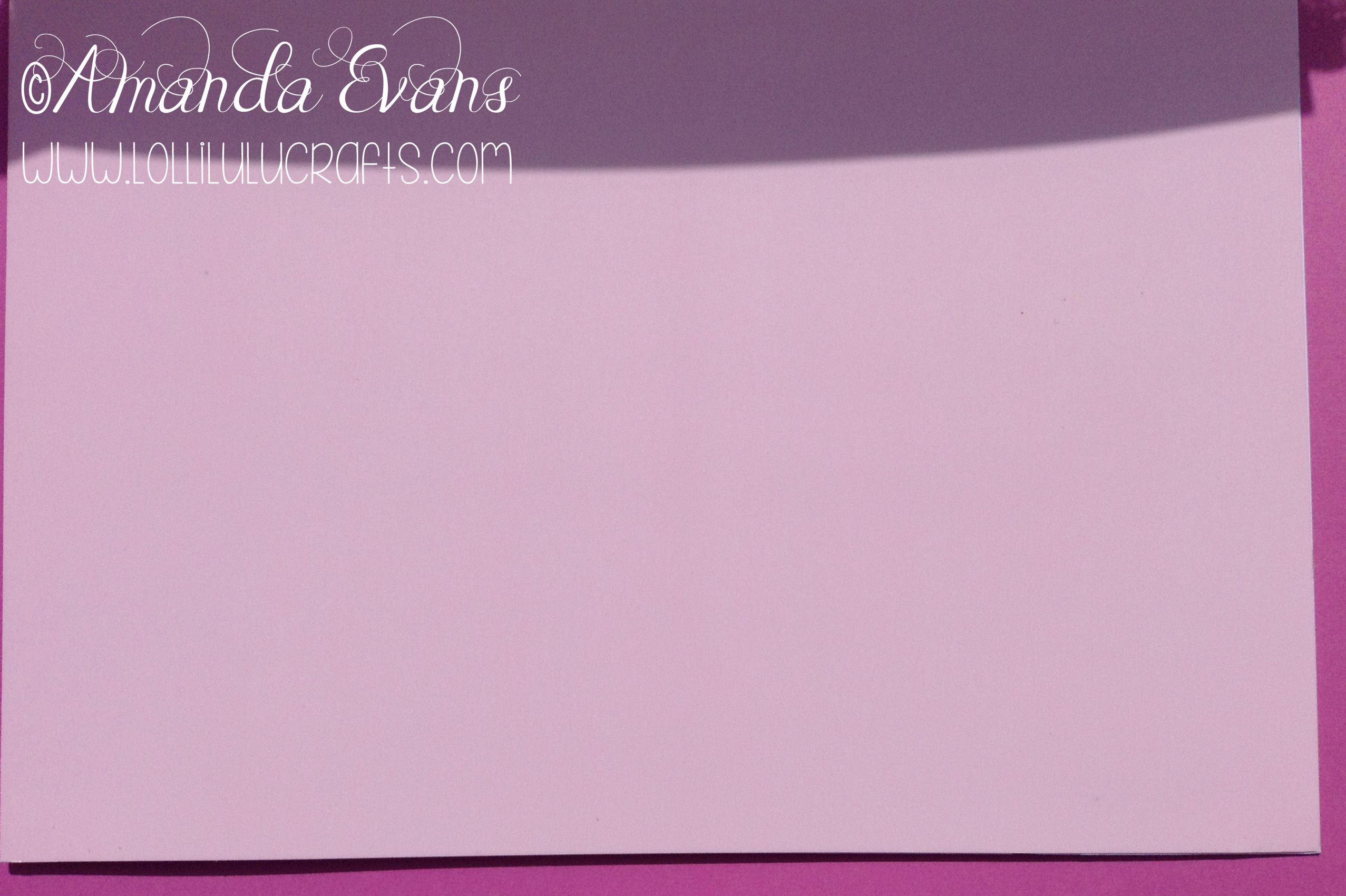 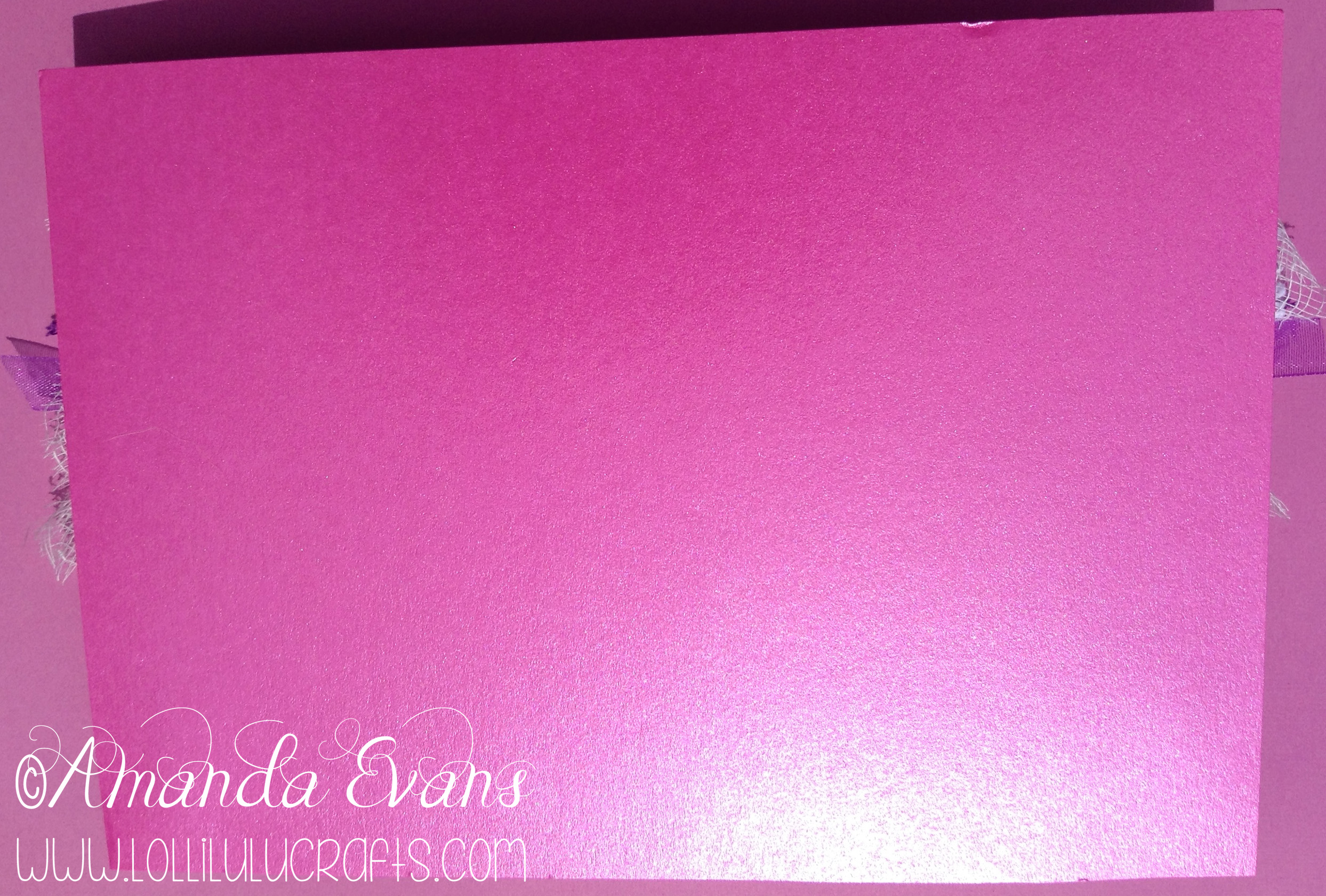 So that is todays card and I hope you like it, I would love to hear what you think and if you have used any images from The East Wind Lucy Loo collection and if so what did you think and perhaps you could post a photo for us all 🙂  Anyway have a great craft day,

ps I am entering this card into the following challenges:

Art by Miran Anything Goes #13 Challenge

The Stamping Chef Anything Goes #44 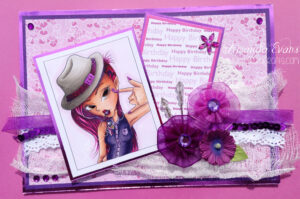